Olga Yurievna Seryabkina (Russian: Ольга Юрьевна Серябкина; born 12 April 1985) is a Russian singer-songwriter. She is a member of girl group Serebro, which won third place in the Eurovision Song Contest 2007.

At seven years old, Olga Seryabkina began studying ballet. At the age of 17, she received the rank of the candidate to the master of sports, and she took part in many international competitions. From 2004 to 2006 she worked as a backup singer/dancer for the Russian singer Iraklij.

After that she joined Serebro. She was brought to the casting by her friend Elena Temnikova, who was already a band member. They took part in the Eurovision Song Contest 2007 and won 3rd place.

Today Serebro is one of the most popular Russian bands. In 2007 she started writing lyrics for the group. In October 2007, there were some rumors that Olga was leaving the band because it was said she had problems with the lead singer Elena Temnikova, but that wasn't true. Max Fadeev, the manager of the band, also said that the replacement for Olga had already been found, but Olga decided not to leave Serebro.

On 8 August 2008 Olga participated in “The stars motor racing” in Yarkhoma Park. The other competitors were Iljya Zudin (band Dinamit), Marina Lizorkina (also Serebro member), Star Factory-participants Lena Kukarskaya and Oleg Dobrynin, Maxim Postelnyj (Plazma band), Sid Spirin (band Tarakany!), etc. A true excitement was displayed by the band Serebro only. They showed a real fighting capacity, for instance, Marina Lizorkina even had her motorcycle gloves with her. Lena Temnikova also came to the racing and actively supported her colleagues, but she didn’t take part in the competition. Only three participants took part in the final motor-racing. It was a time trial without any obstacles, and Olga Seryabkina was the winner.

In 2014 she adopted the stage name Holy Molly and was featured in Dj M.E.G.'s song "Kill Me All Night Long".

She also wrote the lyrics to the Russian entry in the Junior Eurovision Song Contest 2014, performed by Alisa Kozhikina.

She graduated from an art school in Moscow and from the ИМПЭ Institute, earning a higher education diploma in Specialization in Translation and Entrepreneurship.

Olga Seryabkina is fluent in Russian, English and German. 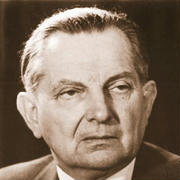