Trinidad Olga Ramos Sanguino (18 July 1918 – 25 August 2005) was a Spanish cupletista, violinist, and actress known as the queen of the cuplé.

She appeared singing a song in the 1940 film Leyenda rota, with Juan de Orduña and Maruchi Fresno, directed by Carlos Fernández Cuenca.

She studied violin at the Madrid Royal Conservatory, where she won the first prize for chamber music in 1943.

In the 1940s, she conducted the Orquesta Fémina, an "orchestra of young ladies", in various locations in the city such as Café Universal.

After a few years withdrawn from the world of entertainment, from 1967 to 1978 she sang at the Madrid venue El Último Cuplé, at 51 Calle de la Palma, until its closure. Two years later, Ramos reopened the club, becoming an entrepreneur, with her daughter, Olga María Ramos, under the name Las Noches del Cuplé, and performed there daily until its final closure in 1999. 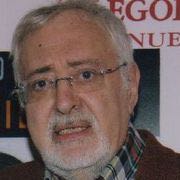 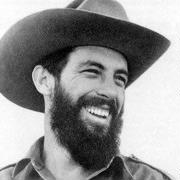