Oleksandr Onyshchenko (Ukrainian: Олександр Романович Онищенко, born March 31, 1969) is a Ukrainian politician, show jumping rider and patron, and philanthropist. In summer of 2016 Onyshchenko fled Ukraine after the General Prosecutor Office expressed its suspicion of corruption against and intention to arrest him. Moreover, in December 2016 the Security Service of Ukraine is suspecting him of treason.

Oleksandr Onyshchenko was born on March 31, 1969. In some Ukrainian media is a claim that previously Onyshchenko carried a different family name.

He was educated at the Kharkiv Military College of the Rear of the Soviet Ministry of Interior (today the National Academy of the National Guard of Ukraine) and graduated from the National Transport University.

Onyshchenko started his career in 1990, where he worked in the oil and gas industry.

In 2007 Onyshchenko was appointed as an assistant Minister for Emergencies and affairs in protection of population from the consequences of the Chernobyl Catastrophe (today State Emergency Service of Ukraine). He has served as a member of the Verkhovna Rada since 2012. In 2012 he was elected to parliament in electoral district 93 (located in Kiev Oblast) for Party of Regions. In 2014 he was re-elected in the same district as an independent candidate. In parliament he became a member of the parliamentary faction People's Will.

Onyshchenko became a professional show jumping rider in 2000, when he acquired a stud farm in Belgium. He subsequently purchased another stud farm in Germany. He was the president of the Equestrian Federation of Ukraine from 2002 to 2013. In 2008, he as the president of the Equestrian Federation presented the national team of Ukraine for the first time in the Olympics and competed at the 2008 Summer Olympics (jumping event), the 2012 Summer Olympics (jumping event), and the 2014 Show Jumping World Championships.

In 2013 Onyshchenko bought FC Arsenal Kyiv which at the end of the same year was announced as bankrupt and was withdrawn from the football competitions (see 2013-14 Ukrainian Premier League).

Onyshchenko is the founder and director of "Top Ukraine", a charity to promote "sport, fashion, art and culture in Ukraine". The Top Ukraine organizes such events as Miss Ukraine and Miss Ukraine Universe.

He lives in exile in London, UK. 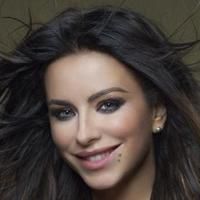