Oleh Vynnyk (Ukrainian: Олег Винник, born 31 July 1973) is a Ukrainian composer, singer-songwriter and actor. He is famous in Germany, Austria and Switzerland as the lead actor of popular musicals under the stage name OLEGG.

Oleh Vynnyk was born on 31 July 1973 in the village Verbivka, Kamianka Raion of Cherkasy Oblast Ukraine. He finished High School in the village of Chervony Kut (Zhashkiv Raion, Cherkasy Oblast). He took active part in amateur performances, and knew how to sing and to play the electric guitar.

After high school, he entered a choirmaster department of the Kaniv school of culture in Kaniv, Cherkasy Oblast. The first job after graduation was the Cherkasy Regional Philharmonics. But unfortunately, Oleh did not become a soloist in the Cherkasy Folk Choir, where he worked with the Honored Artist of Ukraine Olha Pavlovska.

As part of a cultural exchange program, Oleh was an intern in Germany. During the internship, he received an offer from the theater Lüneburg Lower Saxony, where he continued his career in the performing party "Toska" opera and operetta "Paganini". Then he experienced two years of training in Hamburg under the guidance of a teacher of vocal John Lehmann, as well as the first attempt in the genre of the musical. First there were the role of Lucentio ("Kiss me Kate" (1999–2001)), and the bug Phoebus ("Der Glöckner von Notre Dame" (2001–2002)).

His most well-known role was in the musical "Les Miserables", based on the novel by Victor Hugo. 30-year-old Oleh Vynnyk played the role of Jean Valjean. Another important role was the Black Prince – Death (Der Tod) in the musical "Elizabeth" ("Elisabeth").

Since 2011 Oleh Vynnyk concentrated on his solo career and moved to Ukraine from Germany, spending some time to record new hits. He is the author of all the songs included in his albums.

After several years spent in Ukraine, Oleh Vynnyk gained even greater fame after the release of songs such as Happiness, Stone Night, Hello Bride, Nino and others, while receiving huge crowds at his concerts.

Vynnyk refuses to perform in Russia, even though he was offered to perform three nights in the Saint Petersburg's Ice Palace in December 2017.

The contents of this page are sourced from Wikipedia article on 13 Jul 2020. The contents are available under the CC BY-SA 4.0 license.
comments so far.
Comments
From our partners
Sponsored
Reference sources
References
https://glavcom.ua/interviews/oleg-vinnik-ya-ne-vistupayu-u-rosiji-ce-ne-poziciya-artista-ce-poziciya-lyudini-532704.html
https://deepl.com
https://translate.google.com/
//www.google.com/search?&q=%22Oleh+Vynnyk%22+site:news.google.com/newspapers&source=newspapers
//scholar.google.com/scholar?q=%22Oleh+Vynnyk%22
https://www.jstor.org/action/doBasicSearch?Query=%22Oleh+Vynnyk%22&acc=on&wc=on
http://www.olegg.com/
https://musicbrainz.org/artist/893266e7-c9d1-40ee-b12a-47521aae4be2
Trending today in 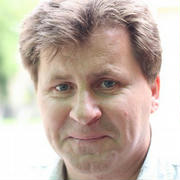