Marusev born in Tashkent. He spent his childhood in Kherson. In the late 1960s, after the end of Dnepropetrovsk State Theater School, worked in the theater Gennady Yudenich's Skomorokh. But the authorities of the theater was not to the soul, and, after several years of persecution, the theater was disbanded.

Two years Oleg Marusev was an entertainer in jazz orchestras under control of the legendary Eddie Rosner (in Moscow and Gomel), and continuing education, received diplomas director at the State Institute of Theatre Arts (GITIS) and theatrologist The Kiev State Institute of Theatre and Cinema. Later, Oleg Marusev gone on TV, where he worked for 35 years. During this time, he created a 12 cycle programs. Leading Russian counterpart Bruce Forsyth's Hot Streak.

July 16, 2010 awarded the Order of Friendship. In recent years, Oleg Marusev returned to the stage (Moon Theatre and solo performances).

The contents of this page are sourced from Wikipedia article on 13 May 2020. The contents are available under the CC BY-SA 4.0 license.
View Oleg Marusev 's image gallery
Image Gallery 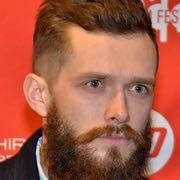 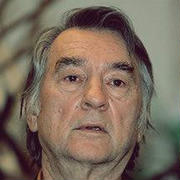