Tøpholm graduated in 2002 at Journalisthøjskolen with a journalism degree. Since 2000 he has been working for the Danish broadcaster Danmarks Radio as a reporter on Radioavisen and he is currently the morning news presenter for DR P3.

The contents of this page are sourced from Wikipedia article on 24 Jun 2020. The contents are available under the CC BY-SA 4.0 license.
comments so far.
Comments
Reference sources
References
http://www.bt.dk/melodi-grand-prix/ole-toepholm-er-besat-af-grandprix-jeg-blev-mobbet-i-mange-aar
http://www.dr.dk/P3/P3Nyheder/Vaerter/Ole+T%C3%B8pholm.htm
Trending today
All Film/TV Music Politics Sports Business Science Academia 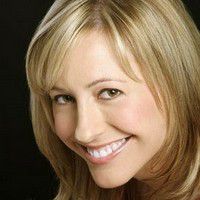