Olaf Henning Thommessen (born 1 August 1966) is a Norwegian businessman and politician for the Liberal Party.

Thommessen is a Roman Catholic of French and Norwegian descent. Olaf's mother, Annette Hilda Eliane Thommessen, née Arosa (1932–1994), was a French national, and his father was Henrik Peter Thommessen, a son of Olaf D. Thommessen, grandson of Anne and Rolf Thommessen and great-grandson of Ola Thommessen. Annette and Henrik Thommessen were married from 1953–1978.

In 1996, Thommessen married to the Stockholm, Sweden-born model-actress Vendela, with whom he has two children. The couple separated in 2007, and Vendela and the children live in Nesodden.

Thommessen was elected to the central board of the Liberal Party in 2002. In 2004 he became second deputy leader of the party. He withdrew in 2007. He served as a deputy representative to the Parliament of Norway from Oslo during the term 2005–2009, and was also a member of Oslo city council.

In 2007 he released the autobiography På innsiden utenfor. 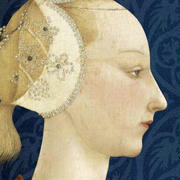 Christina of Norway, Infanta of Castile