Taecyeon was born in Seoul, South Korea, but immigrated at the age of 10, with his parents and older sister Jihyen to Bedford, Massachusetts, a small town situated in the Greater Boston Area. Taecyeon lived there for seven years, attending Bedford High School where he was a member of the Chess Club, Jazz Band, JV Soccer Team and National Honor Society, before returning to pursue his career in Korea. Taecyeon transferred to Young Dong High School in Seoul and then studied Business Administration at Dankook University and attended Korea University Graduate School of International Studies. He is fluent in English, Korean and Japanese. Taecyeon is also familiar with the use of the Busan satoori (dialect), which he used in the KBS2 drama Wonderful Days.

It was his sister Jihyen who persuaded him to participate in a JYP Entertainment audition, whose promotion she had noticed when surfing on the Internet. After his reluctant agreement to participate, both headed for New York City on his 17th birthday. A week later he was chosen for the final 35 and got the call to go to South Korea to go further in the competition. At first Taecyeon applied to become a model, but the judges suggested he try dancing and singing. Eventually he was named one of the dozen finalists (including his future bandmates Lee Junho and Hwang Chansung) to compete in the show Superstar Survival, but was the first contestant to leave the show.

In 2008 he took part in Mnet's Hot Blood Men which follows the extreme training of 13 trainees in order to become a member of the boy band One Day. One Day spawned two boy bands, 2AM and 2PM, the latter of which Taecyeon became a member of. Six months after Hot Blood was aired on TV 2PM debuted with their first single "10 Points out of 10 Points" from their first EP Hottest Time of the Day, but it wasn't until their second EP 2:00PM Time For Change that their success in the Korean music industry skyrocketed.

Taecyeon was featured in Baek Ji-young's 2009 hit song "My Ear's Candy". Baek revealed that she asked Taecyeon to feature on the song after having listened to his rap on 2PM's single "10 Points out of 10 Points".

In 2012, Taecyeon teamed up with his fellow Dankook University alumni students to produce a digital album titled Blue Bears with Taecyeon. The album was performed live at Dankook University for the matriculation ceremony. The title song “Wings” featured penned rap lyrics written by Taecyeon. The second song, a remake of Lee Gwangjo's “A Night Like Tonight" was also included in the performance, with an original rap written by Taecyeon himself. The album went on sale in February 2012, with all proceeds donated back the University.

Taecyeon released his first solo Japanese album Taecyeon Special: Winter Hitori in 2017. As part of the solo project, he successfully held his first solo concert, 'Taecyeon (From 2PM) Premium Concert' at the Tokyo Dome City Hall in Japan on January 2 and the 3rd.

He formerly hosted SBS's music show Inkigayo with Wooyoung, and was a permanent cast member on Family Outing 2 before it was cancelled.

In 2010 he made his acting debut in KBS drama series Cinderella's Sister alongside Moon Geun-young and Chun Jung-myung. He then starred in high school drama Dream High, which received high domestic ratings as well as international popularity.

In September 2011, FujiTV announced that Taecyeon was going to become a regular on their Sunday drama Boku to Star no 99 Nichi, along with Japanese actor Nishijima Hidetoshi and South Korean actress Kim Tae-hee. This is his first regular role on a Japanese drama.

In February 2013, it was announced that Taecyeon would form an on-screen couple with Taiwanese actress Emma Wu, in the Global Edition of the reality show We Got Married. The same year, he made his film debut in romantic comedy Marriage Blue. He composed two songs for the soundtrack of the film.

In 2014, he starred in KBS' weekend drama Wonderful Days, playing a tough-fisted bodyguard. The same year, he joined tvN's cooking variety show Three Meals a Day directed by Na PD. He later rejoined for a second season in 2015. Taecyeon was praised for his hardworking image and easygoing personality on the show.

In 2015, Taecyeon was cast in KBS' political drama Assembly. He plays an aspiring police officer who studies at the library to pass his entrance exams by day and works as an official’s chauffeur by night.

In 2017, he starred in mystery thriller House of the Disappeared with veteran actress Kim Yunjin. He then starred in OCN’s thriler drama Save Me alongside Seo Ye-ji.

In 2013, Taecyeon hosted a 30-minute press conference on ustream to introduce "Okcat", a green-colored cat character to the public. Previously, Okcat emoticons have been released on the chat application KakaoTalk. During the conference, Taecyeon told the history of his development of the character, and released his sketches to the public. The "Okcat" shop was opened on the same day, and featured a line of products with the image of the Okcat.

Taecyeon had a physical examination for drafting but received a physical body status sufficient only for enlistment as public service personnel, due to his poor vision and a dislocated shoulder back in 2008. In 2012 and 2013 he underwent surgery to correct the disk as well as to remove pins in his upper arm from a serious break in 2013. He was cleared for active duty in December 2013 but delayed his enlistment due to busy workload.

In September 4, 2017, Taecyeon officially enlisted in the military on active duty. 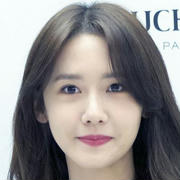