Oğulcan Çağlayan (born 22 March 1996) is a Turkish footballer who most recently played as a forward for Çaykur Rizespor. He made his Süper Lig debut on 14 February 2014.

Oğulcan Çağlayan played 15 games with Gaziantepspor since 2013 and scored 2 goals. Oğulcan scored his first league goal by a bicycle kick on 4 October 2014 against Kasımpaşa. However, Gaziantepspor lost the game 4-2.

On 2 February 2015, Oğulcan had been transferred to Kayseri Erciyesspor. Oğulcan Çağlayan had played 11 games in the second half of the Süper Lig: 2014–15 Süper Lig and was able to score 3 goals. His first goal was against Sivasspor in the 15th minute. Oğulcan received a pass from Ethem Pülgir and was able to pass the two defenders to finish the play with a goal. However this wasn’t enough for Erciyesspor to win the game and lost 3-2 to Sivasspor. On 8 May 2015, Björn Vleminckx drops the ball inside the box with a header and Oğulcan Çağlayan rushes inside the box to score with a wonder volley kick to score against Mersin İdman Yurdu in the 43rd minute. The game was drawn 2-2 at the full time. On 23 May 2015, Kasımpaşa goalkeeper Ertaç Özbir made a huge mistake by trying to kick the ball from his goal end but the ball ended up in the foot of Oğulcan and he was able to control the ball very smoothly and cracked two players to score the third goal for Erciyesspor. However, this wasn’t enough for the win and game ended up 3-3 fulltime.

The contents of this page are sourced from Wikipedia article on 27 Jun 2020. The contents are available under the CC BY-SA 4.0 license.
comments so far.
Comments
From our partners
Sponsored
Reference sources
References
http://www.tff.org/Default.aspx?pageId=526&kisiId=972984
https://www.uefa.com/teamsandplayers/players/player=250070306/profile/index.html
https://www.worldfootball.net/player_summary/ogulcan-caglayan/
https://www.soccerbase.com/players/player.sd?player_id=74740
Trending today in 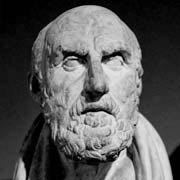