Edmund Josef von Horváth (9 December 1901 Sušak, Rijeka, then in Austria–Hungary, now in Croatia – 1 June 1938 Paris) was a German-writing Austro-Hungarian-born playwright and novelist. He preferred the Hungarian version of his first name and published as Ödön von Horváth.

From 1908 he attended elementary school in Budapest and later the Rákóczianum, where he was educated in Hungarian. In 1909, his father was ennobled (indicated in German by the preposition "von", and in Hungarian by an additional "h" at the end of the last name) and assigned to Munich, but Ödön and his mother did not accompany him. The young Horváth went to high school in Bratislava and Vienna, where he was taught German – this not being his native tongue – beginning in 1913, and where he also earned his Matura (high school diploma), before finally re-joining his parents at Murnau, and, from 1919, studying at the Ludwig Maximilians University in Munich.

He started writing as a student, from 1920. Quitting university without a degree in early 1922, he moved to Berlin. Later, he lived in Salzburg and Murnau am Staffelsee in Upper Bavaria. In 1931, he was awarded, along with Erik Reger, the Kleist Prize. In 1933, at the beginning of the Nazi regime in Germany, he relocated to Vienna.

Following Austria's Anschluss with Germany in 1938, Horváth emigrated to Paris.

Ödön von Horváth was hit by a falling branch from a tree and killed during a thunderstorm on the Champs-Élysées in Paris, opposite the Théâtre Marigny, in June 1938. Ironically, only a few days earlier, von Horváth had said to a friend: "I am not so afraid of the Nazis … There are worse things one can be afraid of, namely things one is afraid of without knowing why. For instance, I am afraid of streets. Roads can be hostile to one, can destroy one. Streets scare me." And a few years earlier, von Horváth had written poetry about lightning: "Yes, thunder, that it can do. And bolt and storm. Terror and destruction."

Ödön von Horváth was buried in Saint-Ouen cemetery in northern Paris. In 1988, on the 50th anniversary of his death, his remains were transferred to Vienna and reinterred at the Heiligenstädter Friedhof.

Important topics in Horváth's works were popular culture, politics and history. He especially tried to warn of the dawn of fascism and its dangers. Among Horváth's most enduringly popular works, Jugend ohne Gott (Youth Without God) describes the youth in Nazi Germany from a disgruntled teacher's point of view, who, himself at first an opportunist, is helpless against the racist and militaristic Nazi propaganda that his pupils are subjected to and that de-humanizes them. At last, the teacher loses his job but gains his identity.

The title of his novel Ein Kind unserer Zeit (A Child of Our Time) was used in English by Michael Tippett for his oratorio (1939–1941), composed during World War II. 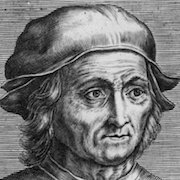