Oaklee Pendergast (born 24 June 2004) is a British actor. He is best known for his roles in The Impossible and The Woman in Black: Angel of Death.

Pendergast made his acting debut in 2008, appearing in an episode of EastEnders as Felix Stewart, Jamie Stewart's son. In 2012 he featured in two episodes of Casualty. That same year, he made his feature film debut, playing Simon Bennett in The Impossible, which was based on the true experiences of María Belón and her family during the 2004 Indian Ocean earthquake and tsunami. In 2014, Pendergast landed another main role in the film, The Woman in Black: Angel of Death.

Since 2016 Pendergast has worked in a number of TV series—he appeared in all 6 episodes of Camping, in 4 episodes of Marcella, and is currently starring in Home. The latter, a sitcom, reunites Pendergast with actor Rufus Jones (who created and writes the series); they starred together in Camping.

The contents of this page are sourced from Wikipedia article on 17 Apr 2020. The contents are available under the CC BY-SA 4.0 license.
comments so far.
Comments
From our partners
Sponsored
Reference sources
References
https://www.hitc.com/en-gb/2020/02/13/oaklee-pendergast-home-channel-4-actor-15-years-old/
https://variety.com/2012/film/markets-festivals/the-impossible-1117948281/
https://deadline.com/2012/11/oscars-behind-the-scenes-on-the-impossible-365205/
https://www.nytimes.com/2012/12/21/movies/the-impossible-with-naomi-watts-and-ewan-mcgregor.html
https://www.bbc.com/news/entertainment-arts-30552704
https://deadline.com/2019/11/nbc-home-adaptation-of-british-immigrant-comedy-ben-stiller-stacy-traub-lionsgate-bbc-studios-1202792771/
https://www.theguardian.com/tv-and-radio/2019/mar/05/the-odd-couple-with-refugees-how-sitcom-home-humanises-the-migrant-crisis
https://www.radiotimes.com/news/tv/2020-02-19/home-channel-4-air-date-time-cast-plot/
https://www.imdb.com/name/nm3009594/ 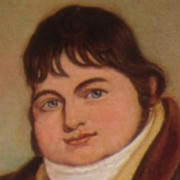