He was born in Klosterneuburg near Vienna, where he obtained his Matura degree at the local gymnasium secondary school. Fischer began studying English and German philology and art history at the Vienna University, in 1936, however, he enlisted at the Max Reinhardt Seminar drama school. He had first engagements as an actor at the Vienna Theater in der Josefstadt, the Munich Kammerspiele, and the Vienna Volkstheater. In 1945 he reached the highpoint of his theatre career when he joined the ensemble of the Burgtheater.

Fischer began filming in 1936, his performance in the 1942 propaganda movie Vienna 1910 earned him an entry on Goebbel's Gottbegnadeten list. He made his breakthrough after the war starring in A Heidelberg Romance and numerous other romance films, often with female co-stars Maria Schell and Ruth Leuwerik.

While Fischer enjoyed a great career, unlike countrymen Oskar Werner, Curd Jürgens, Maria Schell and Romy Schneider, he never made it internationally. Worse, his American break ended before it began: he was signed to star with June Allyson in a remake of My Man Godfrey in 1956, but was replaced by David Niven when Fischer reportedly lost his memory during filming. Fischer directed and starred opposite Anouk Aimée in a 1956 film, Ich suche Dich, based on the play, Jupiter Laughs, by A. J. Cronin. In 1955, he directed and starred in Hanussen, a movie detailing the life of clairvoyant Erik Jan Hanussen. While the film is considered highly romanticized, it assisted historians and biographers in uncovering previously unknown facts. He also starred in the title role of tragic King Ludwig II of Bavaria in the classic German film, Ludwig II: Glanz und Ende eines Königs by Helmut Käutner.

In the early 1970s, he retired to live in Vernate, Ticino and to concentrate on linguistics and philosophy, on which he lectured and published a number of books. He died in Lugano, Switzerland of kidney failure. 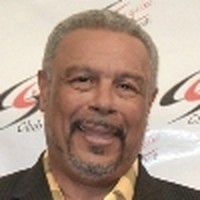