Nusrat Munir Ul-Ghani (born 1 September 1972) is a British Conservative Party politician who has served as the Member of Parliament (MP) for Wealden in East Sussex since 2015. She previously served as Parliamentary Under-Secretary of State at the Department for Transport and Lord Commissioner of HM Treasury.

Ghani was born in Kashmir on 1 September 1972, the daughter of parents from Azad Kashmir, Pakistan. Ghani was educated in state schools before studying at Birmingham City University, and after graduating, for a master's degree at Leeds University.

She was employed by the charities Age UK and Breakthrough Breast Cancer, and later for the BBC World Service.

Ghani first stood as a parliamentary candidate for Birmingham Ladywood at the 2010 general election, finishing third.

Following the announcement of sitting MP Charles Hendry's retirement at the next election, Ghani was selected in December 2013 at an open primary in which anyone on the electoral register in Wealden could attend and vote. The primary attracted nearly 400 residents. In the 2015 general election Ghani became the first female MP to hold the seat, being elected with a majority of 22,967. In the 2017 general election Ghani won 61.2% of the votes, increasing her majority to 23,628.

In July 2015, she was appointed as a member of the Home Affairs Select Committee.

In 2016, Ghani worked with Barnardo's, the UK's oldest children's charity to undertake an independent inquiry into harmful child sexual behaviour.

In July 2017, Ghani was promoted to Parliamentary Private Secretary at the Home Office. Ghani was involved in producing reports on home affairs, security, hate crime, policing and immigration.

She described Sir John Sawers, the ex-MI6 chief, as providing only "gloom and doom" about Brexit.

In January 2018, Ghani was appointed an Assistant Whip and a Minister within the Department for Transport. Ghani was the first Muslim woman minister to speak from the House of Commons despatch box.

During the 2020 British cabinet reshuffle, Ghani was dismissed from government and replaced by Kelly Tolhurst in the Department for Transport. Her dismissal came as a surprise, as she had been discussed as a contender to oversee the High Speed 2 rail line construction.

The contents of this page are sourced from Wikipedia article on 13 Jul 2020. The contents are available under the CC BY-SA 4.0 license.
View Nus Ghani 's image gallery
Image Gallery 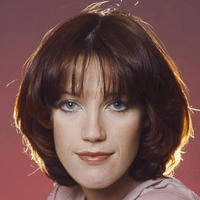