Nurit Wilde is an Israeli-born photographer and socialite. She was an occasional actress in the 1960s and 1970s, and was closely associated with the creative community of that era in the Laurel Canyon neighborhood of Los Angeles.

Among her photographic subjects were the Monkees, with whom she guest-starred (uncredited, but with notable roles) in two episodes of their television series. She is the mother of Michael Nesmith's third child, Jason.

The Lovin' Spoonful song "You Didn't Have to Be So Nice" was inspired by Wilde, per bassist/songwriter Steve Boone.

The contents of this page are sourced from Wikipedia article on 15 Nov 2020. The contents are available under the CC BY-SA 4.0 license.
comments so far.
Comments
From our partners
Sponsored
Reference sources
References
https://books.google.com/books?id=bANZjtz2qUkC&q=nurit#v=snippet&q=nurit&f=false
http://www.classicbands.com/LovinSpoonfulSteveBooneInterview.html
http://www.wildeimages.com/index.html
https://www.imdb.com/name/nm1893746/
Trending today in 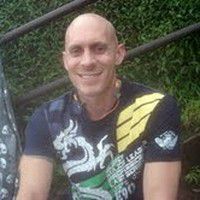