His book Énergies renouvelables plaidoyer pour une véritable politique de l'énergie en Polynésie française was released in 2009. He was Teva Rohfritsch's technical adviser in 2010. Laurey has also been Minister of Energy in Tahiti.

Vice-President of French Polynesia since May 17, 2013. On September 5, he becomes Acting President following the dismissal of Gaston Flosse and until the election of Édouard Fritch. He is responsible for Economy and Finance, Budget, Civil Service, Enterprise, Industry and Export Promotion. He was elected senator of French Polynesia on May 3, 2015 during a by-election. He sits on the UDI-UC group in the Senate.

In 2009, he published Advocacy for a real energy policy in French Polynesia, published by Au Vent des Îles. In 2010, he was technical advisor to Teva Rohfritsch. then Minister of Energy. Since March 2011, he was managing a limited liability company that works in the field of renewable energies.

Nuihau Laurey leaves the vice-presidency but he keeps the Ministry of Budget, Finances and Energies where she meets Mrs. Lydia Gomez Francette

The contents of this page are sourced from Wikipedia article on 10 Jul 2020. The contents are available under the CC BY-SA 4.0 license.
View Nuihau Laurey 's image gallery
Image Gallery 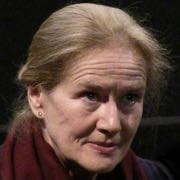