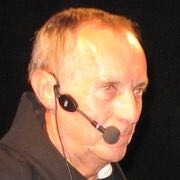 Notker Wolf OSB (born 21 June 1940 in Unterallgäu, Bavaria) served as the ninth Abbot Primate of the Benedictine Confederation of the Order of Saint Benedict. He was elected to his position as Abbot Primate in 2000, succeeding Marcel Rooney, and ended his final term in 2016.

He lives at the Confederation's headquarters at Sant'Anselmo in Rome. The position is largely honorary as the Benedictines are not a centralized order. He acts as a roving ambassador for them and speaks on Benedictine or Catholic issues. In November 2009 the Abbot Primate received an honorary Doctorate of Laws from Saint Anselm College.

He has written at least 19 books, with his latest (April 2012) concerning the issue of living an environmentally sustainable life for both a good future for the earth as well as for the individual in a spiritual/holistic fashion. An interview of his views on sustainable consumption is given in the 4 April 2012 issue of Stern magazine. His books have been translated into many languages. He is also a musician who has performed both traditional Benedictine music and Christian rock since 1981, including at least 4 CDs. He plays electric guitar for the rock group Feedback.

He admits that his view of Pope Benedict XVI was skeptical at first. However, on covering the Pope's recent trip to Bavaria for German TV, he took a generally positive position. During the aftermath of Benedict's Regensburg lecture, he took the position that the Pope was primarily referring to Mahmoud Ahmadinejad and those who force conversions rather than to Islam as a whole.

Wolf is also interested in interfaith dialogue and currently sits on the Board of World Religious Leaders for the Elijah Interfaith Institute.

On 21 September 2012 the Congress of Abbots reelected the 72-year-old Wolf to serve another term as Abbot Primate.

The contents of this page are sourced from Wikipedia article on 08 Mar 2020. The contents are available under the CC BY-SA 4.0 license.
View Notker Wolf 's image gallery
Image Gallery 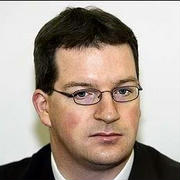