Norris Gene Cole II (born October 13, 1988) is an American professional basketball player who last played for the Shandong Golden Stars of the Chinese Basketball Association (CBA). The point guard is a two-time NBA champion, winning in 2012 and 2013 with the Miami Heat.

Cole was a star at Dunbar High School in Dayton, Ohio, leading his basketball team to consecutive state championships in his junior and senior years. He was a high school teammate of future NBA player Daequan Cook (The two later faced each other in the 2012 NBA Finals).

Cole was set to go to Walsh University on a football scholarship when Cleveland State basketball coach Gary Waters decided to recruit him. His numbers improved over the course of his college basketball career, which culminated in a senior year that saw him average 21.7 points, 5.8 rebounds, 5.3 assists and 2.2 steals per game, highlighted by a 41-point, 20-rebound, 9-assist performance against Youngstown State.

Cole was recognized for his accomplishments by being the first person in the Horizon League's men's basketball history to be named both Player of the Year and Defensive Player of the Year, earning an AP All-America Honorable Mention, making the USBWA District V team, as well as the National Association of Basketball Coaches District 12 First Team. He was also a finalist for the Wooden Award and a "Final Five" finalist for the Bob Cousy Award.

Cole was drafted by the Chicago Bulls in the first round of the 2011 NBA Draft as the 28th pick out of Cleveland State, but in a series of draft night deals, his rights were subsequently traded to the Minnesota Timberwolves, who then dealt him to the Miami Heat.

Cole impressed both his coaches and teammates during training camp, including an impressive outing in the Heat's annual Red & Black Scrimmage, demonstrating poise, confidence, and blazing speed in a 21 point and 4 assist performance. After a solid preseason when he averaged 9.5 points and 4.5 assists, he impressed a nationwide audience in the Heat's home opener against the Boston Celtics by scoring 14 points in the 4th quarter (making many crucial shots in the closing minutes) to secure a Heat victory in the face of a Celtic's comeback attempt. Cole finished that game with a total of 20 points, 4 assists, 4 rebounds, and 3 steals. He became the 4th fastest rookie in Heat franchise history to score at least 20 points in a game.

Cole was originally left out of the 2012 Rising Stars Challenge, but due to the rising stardom of Jeremy Lin, who was added late to the group, Cole was selected as the 20th rookie in order to even out the competition. He tallied 18 points, 6 assists, and 4 steals in the game.

Cole finished the 2011-2012 season averaging 6.8 points, 1.4 rebounds, and 2.0 assist on 39% shooting, serving as the team's backup point guard behind Mario Chalmers. He made two big 3 pointers in Game 4 of the 2012 NBA Finals which would spark a comeback run. Cole won his first championship in his rookie season after the Miami Heat defeated the Oklahoma City Thunder 4-1.

Cole played in 80 games in the 2012-2013 season, including 4 starts, and averaged 5.6 points and 2.1 assists. In the playoffs, Cole averaged 6 points a game, including two straight 18 point games against the Chicago Bulls in games 2 and 3 of their second round series. He would be ejected from Game 7 of the 2013 Eastern Conference Finals by referee Ken Mauer after a shoving match with Indiana Pacers forward Jeff Pendergraph, who was also ejected late in the fourth quarter during a 26-point Miami Heat lead. Miami would advance to the Finals, Cole's second trip. Miami pushed the San Antonio Spurs to 7 games and won the title for Cole's second championship. Cole in a game with teammate LeBron James and opposing point guard Kyrie Irving of the Cleveland Cavaliers.

In the 2013-2014 season, Cole played in all 82 games and started in six games, averaging 6.4 points and 3 assists per game. In the playoffs, Cole scored 13 points in game 4 of the Heat's first round sweep of the Charlotte Bobcats, and would not score in double figures again until Miami's crucial game 2 victory against the Pacers in the Eastern Conference Finals, posting 11 points with two three point baskets. Miami defeated Indiana 4 games to 2 to advance to their fourth straight Finals and Cole's third. The Heat would once again face the San Antonio Spurs in the 2014 NBA Finals, but Miami would lose the series in five games. Cole was the only Heat player who had a contract going through the 2014-15 NBA season.

On October 29, 2014, Cole started his first time opening night game and subsequently scored a career-high 23 points in the 107-95 win over the Washington Wizards.

On February 19, 2015, Cole was traded to the New Orleans Pelicans in a three-team trade involving the Phoenix Suns. Two days later, he made his debut for the Pelicans against his former team, the Miami Heat. In just under 30 minutes off the bench, he recorded 12 points, 6 rebounds and 3 assists in a 105-91 win. Cole became a replacement for the injured Jrue Holiday. The Pelicans made the playoffs but were swept in their first round match-up against the eventual champions, the Golden State Warriors.

In June 2015, the Pelicans tendered a $3.03 million qualifying offer to make Cole a restricted free agent. On September 17, 2015, Cole re-signed with the Pelicans, accepting the one-year, $3.03 million qualifying offer. On December 1, Cole played his first game of the 2015–16 season after missing the Pelicans' first 17 games with a left ankle injury. In just under 23 minutes of action off the bench, he scored 11 points in a loss to the Memphis Grizzlies, as the Pelicans dropped to a 4–14 win/loss record to start the season. On January 2, 2016, he recorded his second career double-double with 16 points and a career-high 12 rebounds in a 105–98 win over the Dallas Mavericks. On February 6, he scored a career-high 26 points in a loss to the Cleveland Cavaliers.

On October 5, 2016, Cole signed with Shandong Golden Stars of the Chinese Basketball Association. On November 30, 2016, he was released by the team.

Cole was a member of the National Honor Society and served as the salutatorian of his high school senior class. He earned a bachelor's degree in health sciences from Cleveland State.

He is the cousin of Indianapolis Colts defensive end Trent Cole. Norris Cole was represented by Klutch Sports but then signed with Joel Bell. 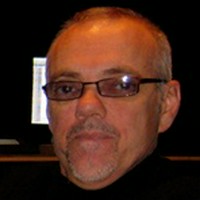