Norie Neumark (New York City) is a sound and media artist who lives and works in Melbourne, Australia. She is part of the art group Out-of-Sync, an art collaboration with Maria Miranda.

In the 1990s Neumark made a series of radiophonic essays for the Listening Room, the premier audio arts program of the Australian Broadcasting Corporation. Several were also broadcast on New American Radio.

In 2003 she initiated and collaborated on the radio/internet drama Checklist for an Armed Robber. This was an ABC/UTS project.

From the early 1990s Neumark initiated several significant projects in new media art, understanding immediately the enormous potential for sound in the new medias. Initially she made CDROM art, making one of the first Australian art CDROMs, the multi-award winning Shock in the Ear, with an innovative use of sound. It was one of the first CDROMs to be funded by the Australian Film Commission (1997). Shock in the Ear was included in the international CDROM exhibition Contact Zones: the art of CDROM, curated by Timothy Murray. (1999)

Awards for Shock in the Ear

Shock in the Ear was also a new media installation shown at Artspace, Sydney (1997) and Artemesia Gallery, Chicago (1997).

Dead Centre: the body with organs at The Performance Space, Sydney (July 1999) and in the ABC’s online zine Headspace "in the making". Volcano a new media installation, Artspace, Sydney 2001 and invited to The Virtual Mine Gegenort, 2001, Germany.

In 2004 Neumark, in collaboration with Maria Miranda, made Searching for rue Simon-Crubellier, ostensibly a search through the streets and bureaucracies of Paris for the fictive street written about by Georges Perec in his celebrated novel Life a User’s Manual. This project began a new series of mobile works, with searching acting as the frame and motif for performative encounters with strangers. Other mobile works include: Talking About the Weather, 2006 and In Search of the Inland Sea (2008) and Down the Drain (2011).

In 2010 she co-curated Memory Flows at the Armory, Sydney.

Neumark is the recipient of numerous artist grants and residencies, including the prestigious MacDowell Colony in New Hampshire and La Cité Internationale des Arts in Paris.

Neumark is co-editor of two significant books on voice and media art history. 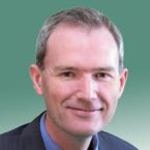 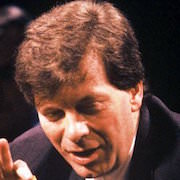