Norah Lofts, née Norah Ethel Robinson, (27 August 1904 – 10 September 1983) was a 20th-century best-selling British author. She wrote more than fifty books specialising in historical fiction, but she also wrote non-fiction and short stories. Many of her novels, including her Suffolk Trilogy, follow the history of specific houses and their residents over several generations.

Lofts was born in Shipdham, Norfolk in England, and died in 1983 in Bury St Edmunds. She also wrote under the pen names Peter Curtis and Juliet Astley. Lofts chose to release her murder-mystery novels under the pen name Peter Curtis because she did not want the readers of her historic fiction to pick up a murder-mystery novel and expect classic Lofts historical fiction. However, the murders still show characteristic Lofts elements. Most of her historical novels fall into two general categories: biographical novels about queens, among them Anne Boleyn, Isabella I of Castile, and Catherine of Aragon; and novels set in East Anglia centered around the fictitious town of Baildon (patterned largely on Bury St. Edmunds). Her creation of this fictitious area of England is reminiscent of Thomas Hardy's creation of "Wessex"; and her use of recurring characters such that the protagonist of one novel appears as a secondary character in others is even more reminiscent of William Faulkner's work set in "Yoknapatawpha County," Mississippi. Lofts' work set in East Anglia in the 1930s and 1940s shows great concern with the very poor in society and their inability to change their conditions. Her approach suggests an interest in the social reformism that became a feature of British post-war society.

She was not afraid to tackle potentially sensitive subjects; her version of the Nativity, with backstories of Mary, Joseph, the Magi, the shepherds - even the innkeeper - is rendered in "How Far To Bethlehem?" as is the ill-fated Donner Party expedition in "Road to Revelation" (aka "Winter Harvest")

Several of her novels were turned into films. Jassy was filmed as Jassy (1947) starring Margaret Lockwood and Dennis Price. You're Best Alone was filmed as Guilt Is My Shadow (1950). The Devil's Own (also known as The Little Wax Doll and Catch As Catch Can) was filmed as The Witches (1966). The film 7 Women (1966) was directed by John Ford and very loosely based on the story Chinese Finale by Norah Lofts. Her books still have a devoted international readership, notably on the Goodreads website.

In the United States, she won a National Book Award for I Met a Gypsy, voted by members of the American Booksellers Association. Specifically, her collection was "the 'forgotten book' of the year [1936] that least deserved to be forgotten" (subsequently termed the Bookseller Discovery). Alfred Knopf represented her at the ceremony.

The contents of this page are sourced from Wikipedia article on 06 Jan 2020. The contents are available under the CC BY-SA 4.0 license.
View Norah Lofts 's image gallery
Image Gallery 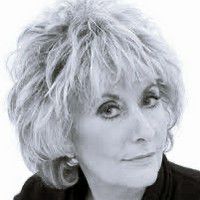