Nora Samosir is a Singaporean actress of Indonesian descent who won a 2002 Life Theatre Award for Best Supporting Actress. She has been active in the Singapore theatre scene since 1979 and has worked in television and film. Some of her more notable performances include The Swallowed Seed (2002) and Revelations (2003)

Samosir is of Indonesian descent and speaks English, Malay and Indonesian fluently. Her professional training is in acting and voice production, which she also teaches at the National University of Singapore. She studied at the Central School of Speech and Drama, London, and graduated from York University, Toronto, Canada with a Bachelor of Arts (Honours), and has multiple qualifications in vocal training and voice studies. She is a member of the Association of Singapore Actors, the Singapore Drama Educators Association, and currently a lecturer in the Department of English Language and Literature at the National University of Singapore, where she lectures in Theatre Studies and teaches voice production, teaching 'Introduction to Theatre and Drama', 'Praxis in Theatre and Performance Theory', and 'Voice Studies and Production'.

In considering her role in Doubt (2006), Richard Lord of Quarterly Literary Review Singapore wrote that her portrayal of Sister Aloysius was unsympathetic and led to the audience believing in the innocence of Father Brendan as played by Lim Yu Beng. When speaking of her award-winning role of Claire in Proof (2002), Daniel Teo of Inkpot Reviews praised her performance and her precision, while Richard Lord of QLRS felt she exaggerated her character, but had shown better work in performance earlier that year." The following year in his review of Revelations (2003), Lord gave a mixed review of the production's "faulty structure", yet approved of Samosir's performance. In 2003, Samosir was involved with Pulse (2003), an experimental series of 3 interlinked plays loosely based on an urban woman's diary. The series was reviewed by Matthew Lyon of Inkpot Reviews, who felt her performance in the second of the three was "the strongest of the whole series."

Daughter of Sukarno and Fatmawati 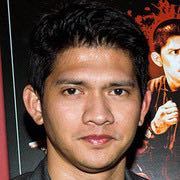 Religious leader and prisoner of conscience