Nora Reiche (born 16 September 1983 in Leipzig) is a German handballer playing for Thüringer HC and the German national team. She won the Champions League with Viborg in 2009.

Reiche made her debut on the German team in 2004. She received a bronze medal at the 2007 World Championship. 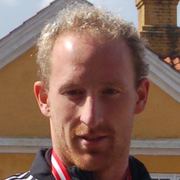