Nomula Narsimhaiah (born 9 January 1956) is an Indian politician and former legislator. He joined Telangana Rashtra Samithi on 8 April 2014. He was a legislator and a senior leader with CPI-M. He elected twice as a MLA from Nakrekal assembly constituency and leader of CPI-M in the Legislative Assembly.

He was born in Nakrekal in Nalgonda district, Andhra Pradesh in Yadav community. In his childhood he was attracted towards communist Literature like Telangana Armed Struggle and inspired by legendory personalities. He also loves and does agriculture since his childhood. He has done Master of Arts (MA) and Bachelor of Laws (LLB) at Osmania University.

In his student life at Osmania University, he has actively led the Students Federation of India (SFI). Later, he has joined the Communist Party of India (Marxist). He has been a leading advocate at Nalgonda and Nakrekal judicial courts. He was elected twice as Mandal Parishath President of Nakrekal and elected twice as MLA from Nakrekal constituency in Andhra Pradesh. From 1999 to 2009, he has worked as Floor Leader of CPI(M) in the AP legislative assembly. Later he differed with the CPI(M) party's stand on Telangana and joined the Telangana Rashtra Samithi. He has contested as TRS party candidate from Nagarjuna Sagar (Assembly constituency) in General Elections 2014. 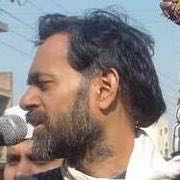 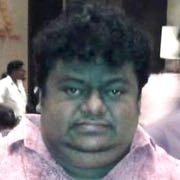 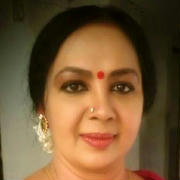