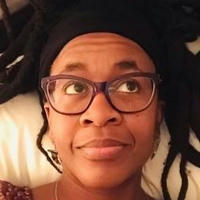 Nnedimma Nkemdili "Nnedi" Okorafor (formerly Okorafor-Mbachu; born April 8, 1974) is a Nigerian-American writer of fantasy and science fiction for both children and adults. She is best known for Binti, Who Fears Death, Zahrah the Windseeker, Akata Witch, and Lagoon. In 2015, Brittle Paper named her the African Literary Person of the Year.

Okorafor's parents traveled to America to go to school, but they could not return to Nigeria because of the Nigerian Civil War. The American-born daughter of Igbo Nigerian parents, Okorafor has been visiting Nigeria since she was very young.

During her years attending Homewood-Flossmoor High School in Flossmoor, IL, Okorafor was a nationally-known tennis and track star, and excelled in math and the sciences. Due to her interest in insects, she desired to be an entomologist.

She was diagnosed with scoliosis at the age of 13, a condition that worsened as she grew older. At age 19, she underwent spinal fusion surgery to straighten and fuse her spine; a rare complication led to Okorafor becoming paralyzed from the waist down.

Okorafor turned to writing small stories in the margins of a science-fiction book that she had. It was the first time she had ever written anything creatively. That summer, with intense physical therapy, Okorafor regained her ability to walk, but she was unable to continue her athletic career, using a cane to walk. At the suggestion of a close friend, she took a creative writing class that spring semester, and was writing her first novel by the semester's end.

Okorafor holds a master's degree in journalism from Michigan State and a master's degree and PhD in English from the University of Illinois, Chicago. She is a 2001 graduate of the Clarion Writers Workshop in Lansing, Michigan. She currently lives in Olympia Fields, Illinois, with her family.

Okorafor received a 2001 Hurston-Wright literary award for her story "Amphibious Green." Okorafor's short stories have been published in anthologies and magazines, including Dark Matter: Reading The Bones, Enkare Review, Strange Horizons, Moondance magazine, and Writers of the Future Volume XVIII. A collection of her stories, titled Kabu Kabu, was published by Prime Books in 2013. It includes the titular piece, co-authored by Alan Dean Foster, and six other previously unpublished short stories, as well as 14 stories that had been previously published in other venues since 2001, and a foreword by Whoopi Goldberg.

After her 2001 Hurston-Wright award, she then published two acclaimed books for young adults, The Shadow Speaker (Hyperion/Disney Book Group) and Zahrah the Windseeker (Houghton Mifflin Harcourt). Zahrah won the Wole Soyinka Prize for Literature in Africa. It was also shortlisted for the 2005 Carl Brandon Parallax and Kindred Awards and a finalist for the Garden State Teen Book Award and the Golden Duck Award. The Shadow Speaker was a winner of the Carl Brandon Parallax Award, a Booksense Pick for Winter 2007/2008, a Tiptree Honor Book, a finalist for the Essence Magazine Literary Award, the Andre Norton Award and the Golden Duck Award and an NAACP Image Award nominee. Okorafor's children's book Long Juju Man was the 2007–08 winner of the Macmillan Writer's Prize for Africa.

Okorafor's first adult novel, Who Fears Death (DAW/Penguin Books), won the 2011 World Fantasy Award for Best Novel, was a 2011 Tiptree Honor Book and was nominated for the 2010 Nebula Award. In 2011 she returned to young adult with Akata Witch (Viking/Penguin), which was a Junior Library Guild Selection, and nominated for the Andre Norton Award. It was also on the American Library Association's Amelia Bloomer Project list honoring children's books with feminist themes. The sequel Akata Warrior went on to win the 2018 Locus Award for Best young Adult Novel. Akata Warrior also won the first Lodestar Award for Best Young Adult Book, an award given by the World Science Fiction Society (WSFS) and presented at the Hugo Award ceremony at Worldcon.

In February 2017, Okorafor announced via Facebook her science-meets-witchcraft short story "Hello, Moto" was optioned by Nigerian production company Fiery Film. The story is being adapted into a short film, titled Hello, Rain by filmmaker, C. J. Obasi. The story tells the tale of a woman who discovers that she can merge witchcraft and technology when she creates wigs for herself and her friends that allow them to wield influence and power, to help battle corruption. Instead, she watches her friends themselves become corrupted. A teaser was released in January 2018. Hello, Rain had its world premiere at the International Short Film Festival Oberhausen on 6 May 2018.

In July 2017, Okorafor announced via Twitter that Who Fears Death was picked up by HBO to become a TV series with novelist and Game of Thrones producer, George R.R. Martin, joining the project as an executive producer. Okorafor will remain involved with the project as a consultant.

In April 2019, news was announced that Okorafor would co-write the screenplay of an adaptation of Octavia Butler's Wild Seed with filmmaker Wanuri Kahiu for Amazon Prime Video. It will be produced by Viola Davis.

In 2009 Okorafor donated her archive to the Science Fiction and Fantasy Writers of America (SFWA) Collection of the Department of Rare Books and Special Collections at the Northern Illinois University Library.

She spoke at the TEDGlobal conference in Arusha, Tanzania, in August 2017.

In October 2017, Okorafor announced via Twitter she would be writing three issues for Marvel's Black Panther, picking up where author Ta-Nehisi Coates left off. The first issue of Black Panther: Long Live the King was released in December 2017. A month earlier, a short comic by Okorafor was included in Marvel's Venomverse War Stories No. 1. Entitled "Blessing in Disguise", this comic was inspired by the 2014 Boko Haram kidnapping of more than 200 Nigerian girls. In March 2017, it was announced that Okorafor would return to writing derived from the Black Panther, in Wakanda Forever, where the Dora Milaje team-up with Spider-Man, X-Men and Avengers. In July, 2018, it announced that Okorafor would write a solo title focused on Shuri.

Okorafor's novels and stories reflect both her West African heritage and her American life. Rather than identifying as Nigerian-American, Okorafor refers to herself as "Naijamerican" and explains the importance of her dual heritage during a 2016 NPR interview:

That's very much a part of my identity, and it's also very much a reason why I think I ended up writing science fiction and fantasy because I live on these borders – and these borders that allow me to see from multiple perspectives and kind of take things in and then kind of process certain ideas and certain stories in a very unique way. And that has led me to write this strange fiction that I write, which really isn't that strange if you really look at it through a sort of skewed lens.

Okorafor noticed how the fantasy and science fiction genre contain little diversity, and that was her motivation for writing books of these genres set in Africa. She wanted to include more people of color and create stories with Africa as the setting because so few stories were set there. She wrote her first story as a college sophomore and made the setting of her story Nigeria. Her stories place black girls in important roles that are usually given to white characters. Okorafor cites Nigeria as "her muse" as she is heavily influenced by Nigerian folklore and its rich mythology and mysticism.

Gary K. Wolfe wrote of her work: "Okorafor's genius has been to find the iconic images and traditions of African culture, mostly Nigerian and often Igbo, and tweak them just enough to become a seamless part of her vocabulary of fantastika."

Her work often looks at "weighty social issues: racial and gender inequality, political violence, the destruction of the environment, genocide and corruption" through "the framework of fantasy."

Okorafor shares that while the themes of her stories are often multi-layered they are always grounded in "stories of the women and girls around me and also within myself."

Okorafor asserts that her work and parental responsibility relates to each other because "writing and being a mother are a part of me, so they are mixed together and balance each other out."

Shortly after winning The World Fantasy Award in 2011, Okorafor published an essay "Lovecraft's racism & The World Fantasy Award statuette, with comments from China Miéville", in which she reflected upon her conflicting emotions on winning an award in the shape of a large silver bust of H.P. Lovecraft. Okorafor would later voice her support for Daniel José Older's 2014 petition to replace the Lovecraft bust with one of Octavia Butler. In this piece, she acknowledges both the literary legacy of Lovecraft and his continued influence in the contemporary world of science fiction:

Do I want "The Howard" (the nickname for the World Fantasy Award statuette. Lovecraft's full name is "Howard Phillips Lovecraft") replaced with the head of some other great writer? Maybe. Maybe it's about that time. Maybe not. What I know I want is to face the history of this leg of literature rather than put it aside or bury it. If this is how some of the great minds of speculative fiction felt, then let's deal with that ... as opposed to never mention it or explain it away.

The contents of this page are sourced from Wikipedia article on 12 Feb 2020. The contents are available under the CC BY-SA 4.0 license.
View Nnedi Okorafor 's image gallery
Image Gallery 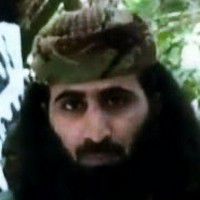 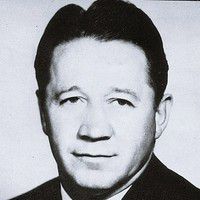 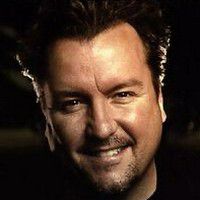 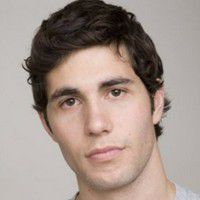 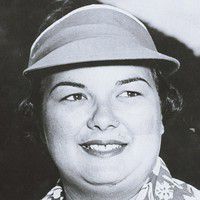