Nizar Rayan (Arabic: نزار ريان‎, Nɩzár Rɑȋán, also transliterated Rayyan; 6 March 1959 – 1 January 2009) was a high ranking Hamas leader who served as a liaison between the Palestinian organization's political leadership and its military wing. Also a professor of Islamic law, he became a top Islamic cleric within Hamas after the death of Sheikh Ahmed Yassin in 2004. Rayan was a strong promoter between 1994 and 2004 of suicide bombings on Israel, and his son killed himself on one such mission. Rayan and most of his family were killed in an Israeli airstrike during the Gaza War.

Rayan was born in Jabalia, Gaza Strip on 6 March 1959. In 1982, he received a BSc degree in Theology and Religious studies from Imam Muhammad ibn Saud Islamic University in Riyadh, Saudi Arabia. While there he was influenced by Wahhabism and Salafism. He then attended the University of Jordan in Amman and in 1990 received a masters MSc degree with honors. In 1994, Rayan completed his PhD in Islamic studies at the Omdurman Islamic University in Omdurman, Sudan. His dissertation has the title of Future of Islam: Objective Analysis.

After his studies, Rayan returned to Gaza and was employed as an imam at several mosques, Jabalia's Imad Aqil Mosque (also known as the "Mosque of martyrs") among them. He later became a professor of Islamic law at the Islamic University of Gaza. Rayan was a leading authority on Hadith (sayings of the Islamic prophet Muhammad), and he amassed a 5,000-book library in his home. An Israeli intelligence source describes Rayan as a strong opponent of Shia Islam, who opposed allowing any form of Shiia Islam to establish a foothold in Gaza and the West Bank.

Eventually, according to The Jerusalem Post, Rayan became an important leader in Hamas, in particular an Islamic leader of Hamas's military wing, and he regularly went on patrol with Hamas militia after delivering lectures at the Islamic University. He arguably became Hamas's leading clerical authority after an Israeli airstrike killed Sheikh Ahmed Yassin in 2004.

Rayan along with Hamas and Palestinian Islamic Jihad began to strongly advocate for suicide bombings to be carried out against Israel in 1994. According to Chris Hedges who interviewed him, Rayan constantly recalled that Hamas, "began to target Israeli civilians in 1994 only after Palestinian worshipers were gunned down in a Hebron mosque by a Jewish settler, Baruch Goldstein."

In 2001, with Rayan's sent his 22-year-old son on a suicide bombing mission in which he died and killed two Israelis at the former Israeli settlement Elei Sinai in the Gaza Strip. Rayan is alleged to have directed the 2004 Ashdod Port attack which killed ten people. Hamas ceased its suicide attacks against Israel in 2005, but Rayan advocated for their renewal after the 2008-2009 Gaza conflict began.

Rayan was one of the main commanders who oversaw the 2007 Battle of Gaza, in which Fatah security forces were militarily defeated and resulted in the death of 115 fighters and 400 civilians. Both Hamas and Fatah were accused of atrocities, including torture, during that conflict. According to The Jerusalem Post, Rayan, "boasted that the Gaza Strip had been 'cleansed' of 'traitors' 'secularists' and 'CIA agents' - a reference to Abbas and his former security and intelligence chiefs." According to a Hamas spokesperson, it is possible the Fatah-dominated Palestinian National Authority asked Israel to kill Rayan due to his role in the Hamas-Fatah clashes. He added that Rayan was one of the main reasons why many of Mahmoud Abbas's men "did not sleep well at all at night."

Rayan was strongly opposed to the state of Israel. According to Israeli-American writer Jeffrey Goldberg, he at one time stated, "True Islam would never allow a Jewish state to survive in the Arab and Muslim Middle East. Israel is an impossibility. It is an offense against God." Goldberg also reported that Rayan said he believed Jews are a "cursed people" some of whom were transformed into pigs and apes by Allah, and that Jews must pay for murdering the prophets of Islam and "closing [their] ears to the Messenger of Allah."

Rayan married four women with whom he had twelve children.

Following the 2007 takeover of Gaza, Rayan said that "In a few hours, the secular era in Gaza will end without leaving a trace... Today heresy and apostasy ends. Today the struggle is between Islam and the non muslim infidels, and it will end with the victory of the faith." He added that he will transform the PA security forces headquarters in Gaza to a mosque. Following the speech, Fatah members expressed great fear that Hamas would transform Gaza into a Taliban-style Islamist emirate with Iranian and Syrian military support.

Unlike other Hamas leaders at risk of being targeted by Israel, Rayan did not go underground after the first Gaza war with Israel began in late December 2008. According to a Hamas spokesperson and Rayyan's son, the IDF and Shin Bet warned Rayan by contacting his telephone that an attack on his house was imminent. An Israeli military spokesperson interviewed by The International Herald Tribune "could not give details or specify whether Rayyan's family had been warned."

Israeli security sources stated that Rayan's house, at the time of the attack, was a munitions warehouse and communications center, and contained a tunnel opening. The sources also stated that a weapons cache in the house triggered many secondary explosions immediately after the air strike. The New York Daily News commented that Rayan had "sacrificed his children - in a vain attempt to protect a weapons base beneath his home." Israeli security forces legal officials regard striking homes used for weapons storage, when sufficient warning is given to the residents, as falling within the boundaries of international law and a legitimate act of war. However, according to B'Tselem (The Israeli Center for Human Rights Information in the Occupied Territories), even if the Israeli charge that Rayan's house was an arms warehouse were true, the large number of civilian lives taken rendered the attack "a grave breach of international humanitarian law." The Israeli NGO added that, given the Israeli military "knew or should have known" that civilians had not left Rayan's house, warning Rayan of the impending attack did not exempt Israeli forces from responsibility for the civilian deaths. According to the Israeli Government report published in July 2009, Nizar Rayan was not the target of the attack; instead, the operational goal of the strike was to destroy Hamas’ central compound which included several buildings that served as storage sites for weapons that included missiles and rockets. The report further states that specific phone calls to the residents of the targeted buildings were made, as well as three rounds of preliminary warning shots, 13 minutes and 9 minutes before the strike, were fired; a group of the residents leaving the building were seen by IDF surveillance, leading to a reasonable conclusion that the buildings were empty. The IDF suggests that in this case laws of armed conflict were not violated, as the strike was directed at proper military objective and at-risk civilians were issued effective advance warnings.

Rayan was the most senior Hamas member assassinated since Abdel Aziz al-Rantissi was killed by an Israeli Apache helicopter strike in 2004. Hamas said that Israel would pay a "heavy price" for his death.

The contents of this page are sourced from Wikipedia article on 09 Mar 2020. The contents are available under the CC BY-SA 4.0 license.
View Nizar Rayan 's image gallery
Image Gallery 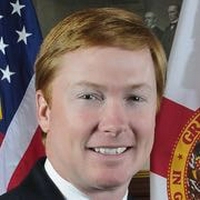