Ahmad ibn Umar ibn Alī, known as Nizamī-i Arūzī-i Samarqandī (Persian: نظامی عروضی‎) and also Arudi ("The Prosodist"), was a Persian poet and prose writer who flourished between 1110 and 1161 AD. He is particularly famous for his Chahar Maghaleh ("Four Discourses"), his only work to fully survive. While living in Samarqand, Abu’l-Rajaʾ Ahmad b. ʿAbd-Al-Ṣamad, a dehqan in Transoxiana, told Nezami of how the poet Rudaki was given compensation for his poem extolling the virtues of Samanid Amir Nasr b. Ahmad.

Born in Samarqand, Aruzi spent most of his time in Khorasan and Transoxiana. He served as a court-poet to the Ghaznavids for many years. All that is known of his personal life is gleaned from the Chahar Maqala itself. Nizámí-i'Arúdí’s The Chahár Maqála, or Four Discourses, is a book consisting of four discourses on four different professionals that Nizami believed a king needs to have in his palace; in the preface of the book, Nizami discusses the philosophical or religious ideology of the creation of the world and the order of things. While he was primarily a courtier, he noted in his book that he was an astronomer and physician as well. He reports in the work that he spent time not only in his native Samarqand, but also in Herat, Tus (where he visited Ferdowsi's tomb and gathered material on the great poet), Balkh, and Nishapur, where he lived for perhaps five years. He also claimed to have studied under the astronomer-poet Omar Khayyám, a native of Nishapur.

In the introduction to the Chahar Maqala, Aruzi elaborates on issues of Natural Science, epistemology and politics. An identifying feature of Nizámí-i'Arúdí’s writing is the preface, "On Cosmography", is the extensive use of double balance sentences that gives the impression of belief in binary oppositions, or juxtaposition of two opposite things in everything. Also Nizámí-i'Arúdí’s scholastic Islamic ideology holds that a langue or a kind of metanarrative keeps things in order and is surrounded by smaller objects. This langue is God, who is ever-existent. He is a champion of the ancient Persian concept of kingship which, for the sake of legitimation, is expressed in Muslim vocabulary. His elaboration on the classes of society is influenced by Persian as well as Greek conceptions, especially those of Plato.

The Chahar Maqala has been rendered into English, French, Italian, Spanish, Japanese and Swedish. 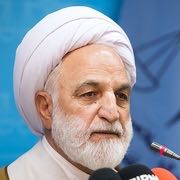 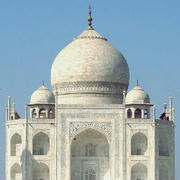