Nitish Kumar Sengupta (8 July 1933 − 3 November 2013) studied at Jhargram Kumud Kumari Institution and graduated with history honors from Presidency College when it was affiliated to the University of Calcutta. He joined the IAS in 1957 and has held positions such as the Revenue Secretary of the Government of India and Member Secretary, the Indian Planning Commission. He represented India in the UN Commission on Transnational Corporations and was elected as Chairman 1981-82. In between he completed a PhD in Management from Delhi University.
Sengupta played a key role in the revitalization of India's capital markets in the 1980s. He had earlier been a diligent builder of the Licence Raj while he was deputy secretary in the Department of Company Affairs from March 1968, just as government policy was changing from what he called 'benign aloofness' to 'massive intervention in corporate business', most notably in the nationalization of major Indian banks in 1969.
Based on a study by an Indian economist at the World Bank, D.C. Rao, Sengupta introduced greater use of convertible debentures in the capital markets. He also permitted Reliance Industries to do what would normally be impossible: converting the non-convertible portions of their four debenture issues into equity. This transmutation allowed Reliance to continue raising more quasi-debt.
After retirement in 1992 he became Director General, IMI and built it from the start to become a leading management school. He has also served as a Member of the Indian Parliament (Lok Sabha) from West Bengal. Later on he became the Chairman of the Board for Reconstruction for Central Public Sector Enterprises.
He wrote 12 books, including My Times and The History of the Bengali-speaking People. He used to live in Chittaranjan Park, New Delhi, India.
He died from a cardiac arrest in New Delhi on 3 November 2013. 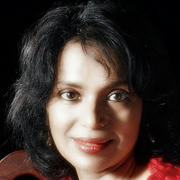