Nino Cerruti (born September 25, 1930 in Biella, Piedmont, in Italy) is an Italian businessman and stylist. He founded his own haute couture house, Cerruti, in 1967 in Paris. Today, he manages the Italian family business Lanificio Fratelli Cerruti, which was founded in 1881 by his grandfather.

The head of the family woolen business after his father's untimely death. Nino's grandfather had founded a textile mill in Biella, Italy in 1881 (Lanificio Fratelli Cerruti). Drawing from his experience in producing excellent fabrics, Cerruti ventured into the production of clothing in the late 1950s. His first men's collection, Hitman, was shown in 1957 and was considered a revolution in men's wear at the time. Eventually, in 1967, the Cerruti menswear line was launched which was to be followed by a womenswear collection a year later.

The first Cerruti boutique opened in 1967 in Place de la Madeleine in Paris, where Cerruti moved the company's headquarters in order to be closer to the international fashion capital. The fabric production under the name of Lanificio Fratelli Cerruti and the Hitman label remained in Italy. Cerruti, Lanificio Cerruti of Biella and Hitman, based out of Corsico, together formed Fratelli Cerruti, the Cerruti Brothers group.

Over the years, Cerruti offered womenswear and menswear, the Cerruti 1881 diffusion line, a luxury ready-to-wear collection named Cerruti Arte, Cerruti Jeans, the Cerruti Brothers business collection for men, Cerruti 1881 Shapes for the Asian market as well as fragrances and accessories. Later the clothing lines were regrouped under the 'Cerruti 1881' name. Cerruti has always been known for its classic wool suits, always trying to match the everyday challenges for its owner.

In 1978, the Cerruti house made an entry into the world of fine fragrance with Nino Cerruti pour Homme, soon to be followed by Cerruti 1881 pour Homme in 1990, Cerruti Image in 1998, among others fragrances.

In 1994 Cerruti was the official designer of the famous Scuderia Ferrari.

In 1964-1970 already, Giorgio Armani - who was to found his own eponymous fashion empire in 1974 - had worked for Cerruti at Hitman, under the direction of Mr. Cerruti.

In October 2000, in an effort to secure global expansion, Nino Cerruti sold 51% of his company to Fin.Part, an Italian industrial group, that would less than a year later buy the rest of the company and force Mr. Cerruti out after irreconcilable differences at age 71. "There was a perpetual conflict of interest", Cerruti said later. Hence, the Spring Summer 2002 collection marked the end of Cerruti being designed by Nino Cerruti.

In autumn 2001, Fin.Part installed Italian Roberto Menichetti, responsible for the creative revival of Burberry before that, as Creative Director who left the house after only one season. Menichetti was succeedded by Istvan Francer, a former Donna Karan designer, who stayed on for two seasons.

In spring 2003, David Cardona, who had worked for Richard Tyler and Chrome Hearts, replaced Istvan Francer as creative director at Cerruti. Scotsman Adrian Smith was appointed head of the menswear collections.

By 2004, the company was in a deep crisis and restructuring plans proved unsuccessful. Fin.part declared bankruptcy in 2005. Consequently, Cerruti was put in pawn.

In October 2007, Taralis was replaced by Belgian Jean Paul Knott, a former Krizia, Yves Saint Laurent and Louis Féraud designer who also owns his own eponymous fashion label. Knott had originally been hired by Taralis to oversee the label's diffusion line Cerruti 1881 in March 2007.

Since 2000 Mr. Cerruti himself has concentrated on the family-owned textile mill business (Lanificio Fratelli Cerruti) in Biella since his departure. He did not cut all ties with the fashion house Cerruti though and is invited to the fashion shows which he attends at the front row. 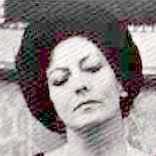 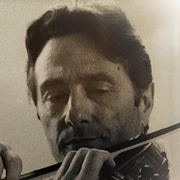