Nina Keogh (born 1946) is a Canadian puppet builder, voice actress and puppeteer from Toronto, Ontario. She is a former member of the Academy of Canadian Cinema and Television, Canadian Actors' Equity Association, UDA, and is an ACTRA member since 1968. She was on the board of directors for ACTRA and the Children's Broadcast Institute. She has worked for TVO and CBC Television. She is best known for playing the role of Muffy the Mouse in TVO's 1981-87 TV series Today's Special, which was shown worldwide including on Nickelodeon in the United States. Her father, John Keogh, played Howard the Turtle in Razzle Dazzle. Keogh retired from the television business in 1999 to become a professional painter.

She is a former instructor at Fleming College (Haliburton School of the Arts) in Haliburton. 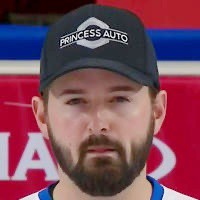