Nils Schmäler (born 10 November 1969 in Lüneburg) is a retired German football player. He spent 6 seasons in the Bundesliga with VfB Stuttgart and Dynamo Dresden. His twin brother Olaf Schmäler also played professionally. As of 2008, he worked as a scout for Manchester United F.C..

The contents of this page are sourced from Wikipedia article on 11 Mar 2020. The contents are available under the CC BY-SA 4.0 license.
comments so far.
Comments
Reference sources
References
https://www.fussballdaten.de/person/schmaelernils/
Trending today in 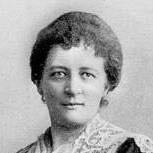