Nikolay Yakovlevich Demyanov (Russian: Никола́й Я́ковлевич Демья́нов; March 27 [O.S. March 15] 1861, Tver – March 19, 1938, Moscow), also known as Demjanov and Demjanow, was a Russian organic chemist and a member of the USSR Academy of Sciences (1929). He is internationally known for the Demjanov rearrangement organic reaction and other discoveries. 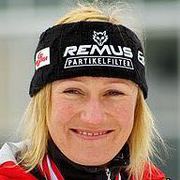