Nikoloz Chkheidze (Georgian: ნიკოლოზ (კარლო) ჩხეიძე; Russian: Никола́й (Карло) Семёнович Чхеи́дзе; transliterated Russian: Nikolay Semyonovich Chkheidze), commonly known as Karlo Chkheidze or Nicolas Cheidze (1864 – June 13, 1926), was a Georgian Social Democrat politician. In the 1890s, he promoted Marxism in Georgia. He became a key figure in the Russian Revolution (February 1917 to October 1917) as the Menshevik president of the Executive Committee of the Soviet of Petrograd (until September 1917). Later he held office in the Transcaucasian Democratic Federative Republic of April-May 1918; he served as president of the Transcaucasian Sejm (February 1918 to May 1918). In the Democratic Republic of Georgia he became president of the Constituent Assembly (May 1918 to March 1921).

Chkheidze was born to an aristocratic family in Poti, Shorapansky Uyezd, Kutais Governorate (in the present-day Imereti province of Georgia). He married and had a daughter.

In 1892, Chkheidze, together with Egnate Ninoshvili, Silibistro Jibladze, Noe Zhordania and Kalenike Chkheidze (his brother), became a founder of the first Georgian Social-Democratic group, Mesame Dasi (the third team).

From 1907 to 1916, Chkheidze was a member of Tiflis Gubernyia in the Russian State Duma and gained popularity as a spokesman for the Menshevik faction within the Russian Social Democratic Party.

In 1917, the year of the Russian Revolution, Chkheidze became Chairman of the Petrograd Soviet. He failed to prevent the rise of radical Bolshevism and refused a post in the Russian Provisional Government. However, he did support its policies and advocated revolutionary oboronchestvo (defencism). He also voted to continue the war against the German Empire.

In October 1917, the Bolsheviks seized power in Russia. At the time, Chkheidze was in Georgia. He remained in Georgia and on 23 February 1918, became leader of the Transcaucasian Federation in Tiflis. Some months later the federation was dissolved.

On 26 May 1918, Chkheidze was elected chairman of the National Council of Georgia in Tiflis. He was then elected chairman of the Georgian Provisional Assembly when the council adopted an Act of Independence and sought to create a new constitution. In February 1919, as a member of the Social Democratic Party of Georgia, he was elected president of the Constituent Assembly.

In 1919, Chkheidze chaired the Georgian delegation to the Versailles Conference where he tried to gain the Entente's support for a Democratic Republic of Georgia. He also proposed to Georges Clémenceau and to David Lloyd George a French or British protectorate for Georgian foreign affairs and defense, but was unsuccessful.

Chkheidze was one of the authors of the constitution of 1921 of the Democratic Republic of Georgia.

In March 1921, when the Red Army invaded Georgia, Chkheidze fled with his family to France via Constantinople.

In 1923 and 1924, as part of the Social Democratic Labour Party of Georgia in exile, Chkheidze opposed a national uprising in Georgia. Chkheidze, Irakly Tsereteli, Datiko Sharashidze, and Kale Kavtaradze formed a group called Oppozitsia. In their mind, the Red Army and Cheka were too strong, and the unarmed Georgian people too weak. After the August Uprising of 1924, more than 10,000 Georgians were executed, and between 50 and 100,000 Georgians were deported to Siberia or to Central Asia.

On 13 June 1926, Chkheidze committed suicide, in his official residence in Leuville-sur-Orge, France. 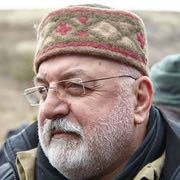