Nikolai Ivanovich Kuznetsov (Russian: Николай Иванович Кузнецов) (July 27, 1911 – March 9, 1944) was a Soviet intelligence agent and partisan who operated in Nazi-occupied Ukraine (Reichskommissariat Ukraine) during World War II and who personally killed six high-ranking German officials. His file is still not fully disclosed and will be held until 2025 in the FSB archives. It was not until 1990 that Kuznetsov was officially recognized as a NKVD agent. He used several pseudonyms during his intelligence operations: e.g. Rudolf Schmidt, Nikolai Vasilevitsh Grachev (Николай Васильевич Грачёв) and Oberleutnant Paul Siebert. Kuznetsov was posthumously awarded the title Hero of the Soviet Union.

Kuznetsov was born into a peasant family of Russian ethnicity in Perm Governorate (present-day Sverdlovsk Oblast). He studied forestry in a technical school and, after discovering his linguistic talents, learned the German, Esperanto, Polish, Ukrainian and Mordvinic languages (particularly Erzya language). In 1926, at age 15, Kuznetsov enrolled at Tyumen Agricultural College but did not finish and was forced to return home because of the death of his father. During that time Kuznetsov joined the ranks of the Komsomol. At home he enrolled in the local forestry college but in 1929 Kuznetsov was accused of having counter-revolutionary origins and excluded from Komsomol and the college. After moving in 1930 to Kudymkar (Komi-Permyak Autonomous Okrug) Kuznetsov was recruited by the local department of the OGPU. In 1932 he enrolled into Sverdlovsk Industrial Institute and continued to study German and other foreign languages.

In 1938 Kuznetsov moved to Moscow and joined the NKVD, his tasks included posing as a Volga German and collecting intelligence about German diplomats in Moscow.

When Germany invaded the Soviet Union Kuznetsov, at his own request, was sent to join Soviet partisan units in the Nazi-occupied Ukraine. In 1942, the same year he became a member of the Communist Party, he fought as a member of the guerrilla group "Victors", led by Dmitry Medvedev, in central and western Ukraine. Kuznetsov was in charge of several complex operations involving assassinations and kidnappings of high-ranking Nazi officials in the Rivne and Lviv regions, such as successful operations against the German-appointed chief judge of Ukraine, the vice-governor of Galicia, the adviser to the Reichskommissar of Ukraine, three German generals and others. Kuznetsov was also the first intelligence agent to uncover German plans to launch a massive tank attack in the Kursk region, and information about German V-2 rockets, as well as about Operation Long Jump, Hitler's plan to assassinate the heads of the USSR, USA and Great Britain during the Tehran Conference. Kuznetsov was operating in Rivne (the capital of Reichskommissariat Ukraine) using the fake German identity of Oberleutnant Paul Siebert. It was Kuznetsov who obtained information about the location of Hitler's "Werwolf" headquarters, near the city of Vinnitsya.

Kuznetsov is currently buried in Lviv, Ukraine. Since 2003 several unsuccessful attempts have been made to rebury him in Russia. An 2007 attempt was stopped by the Russian Foreign Ministry, they claimed that "such a move would open a kind of Pandora’s box and give Ukrainian nationalists a reason to launch a campaign to transfer other graves of Soviet soldiers buried in Ukraine." An 2018 attempt was prevented by the Lviv authorities, who claimed that such a reburial could not be considered while Ukrainian prisoners where being held captive in Russia during an ongoing Russian military intervention in Ukraine.

Nikolai Ivanovich Kuznetsov has been posthumously awarded the honorary title of Hero of the Soviet Union. Minor planet 2233 Kuznetsov, discovered in 1972 by Soviet astronomer Lyudmila Zhuravlyova, is named after him. Kuznetsovsk, a city in Volhynia, was named after the Soviet agent (renamed in 2016 to Varash conforming to a law prohibiting names of Communist origin).

Kuznetzov's main target, Nazi Party official Erich Koch, survived World War II and outlived his Soviet "nemesis"; dying of old age in a Polish prison in 1986 at the age of 90.

According to the Ukrainian Institute of National Remembrance Kuznetzov "carried out provocations against the Ukrainian liberation movement, as a result of which the Nazi invaders executed hostages".

The contents of this page are sourced from Wikipedia article on 30 Mar 2020. The contents are available under the CC BY-SA 4.0 license.
View Nikolai Ivanovich Kuznetsov 's image gallery
Image Gallery 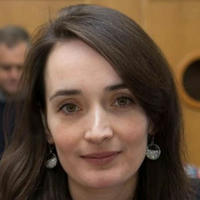