Niko Kovač (Croatian pronunciation: [nǐːko kǒʋaːt͡ʃ]; born 15 October 1971) is a former Croatian footballer and current coach of Eintracht Frankfurt, having also managed the Croatian national football team.
He was the long-standing captain of Croatia before retiring from international football in January 2009. A defensive midfielder who is known for his excellent passing and tackling skills, Kovač was, at the time of his retirement, the oldest player in the Croatian squad and had been an important motivation raiser for them, having captained them at the 2006 FIFA World Cup and the UEFA Euro 2008. He has also enjoyed a high level of top club action, having spent most of his club career in the German Bundesliga. He ended his playing career in the Austrian club Red Bull Salzburg where he then took the non-playing role of the reserve team coach and eventually becoming assistant manager under team manager Ricardo Moniz. In January 2013 he took over the Croatia national under-21 football team and in October 2013 he took over the Croatian national football team following the dismissal of Igor Štimac.
He is the older brother of Robert Kovač.

Born in West Berlin to a family hailing from Livno in Bosnia and Herzegovina, Kovač started to play football at local club Hertha Zehlendorf and became a member of their first team in the summer of 1989 at the age of 17. He moved to Hertha BSC in the summer of 1991 and started his professional career with the club that competed in the 2. Bundesliga at the time.

In the summer of 1996, Kovač left Hertha, still a 2. Bundesliga side at the time, for Bundesliga side Bayer Leverkusen. He made his Bundesliga debut on 17 August 1996, appearing as a halftime substitute in the club's opening match of the 1996–97 season, a 4–2 home victory over Borussia Dortmund. He appeared in 32 Bundesliga matches in his first season with Bayer Leverkusen, also scoring three goals. However, he mostly played as a substitute in the following two seasons and missed several matches in the 1997–98 season after sustaining an injury in the club's home match against VfB Stuttgart in December 1997. In three seasons with Bayer Leverkusen, Kovač made 77 Bundesliga appearances and scored eight goals in the league competition. At the club, he was teammates with his younger brother Robert for the first time in his professional career.

Kovač joined Hamburger SV in the summer of 1999 and spent two seasons with the club, making 55 Bundesliga appearances and scoring 12 goals for Hamburg in the Bundesliga. In the summer of 2001, he left Hamburg for Bayern Munich where he was once again teammates with his younger brother Robert.

However, Kovač did not manage to establish himself as a regular at the club and left Bayern Munich for Hertha BSC after two seasons in the summer of 2003. He appeared in 34 Bundesliga matches and scored three goals for Bayern in the league.

After the 2006 FIFA World Cup, Kovač left Hertha BSC after three seasons for Austrian Bundesliga side Red Bull Salzburg. He was a regular in the Salzburg team and also appeared in all of their four UEFA Champions League qualifiers in the summer of 2006. On 26 August 2006, he scored his first goal for Red Bull Salzburg in the Austrian Bundesliga, netting the second goal in their 4–0 home victory over Wacker Tirol. He signed one more year until summer 2009 in May 2008. On 29 May 2009, Kovač left after three years FC Red Bull Salzburg and retired from professional football. He played his last game for Red Bull Salzburg in a friendly match against FC Bayern Munich, where he was substituted after the first 15 minutes.

After his retirement from professional football he became coach of the second squad of Red Bull Salzburg, Red Bull Juniors from 16 June 2009 to 7 April 2011. In the 2009–10 season, he finished in sixth place and were knocked out in the Austrian Cup in the second round in a shootout. He was with the second team until 7 April 2011. His final match was a 1–1 draw against SV Seekirchen. In 2011 he was promoted to being assistant coach of the first squad together with Ricardo Moniz as headcoach. After Moniz resigned as a first team coach in June 2012, Kovač was one of the favourites for taking his position. But eventually job went to Roger Schmidt and Kovač left Salzburg.

Croatia: the under 21 team and senior team

On 21 January 2013, Igor Štimac, head coach of Croatia national football team, announced that Niko Kovač, alongside his brother Robert, will take over as Croatia national under-21 football team head coach. His task was to qualify for the 2015 UEFA European Under-21 Championships. Croatia were drawn in Group 5 of the qualifying competition, together with Switzerland, Ukraine, Latvia and Liechtenstein. In the first four games Croatia got the maximum of 12 points with a goal difference of 13–0. He debuted with a 5–0 away win against Liechtenstein, before he brought two away wins against the group favourites Ukraine and Switzerland.

On 16 October 2013, Davor Šuker, president of Croatian Football Federation announced that Niko Kovač will take over Croatian national football team as caretaker manager. He replaced Igor Štimac, who was sacked after Croatia scraped into the World Cup playoffs having taken only one point from their last four qualifiers. However a day later in an inaugural press conference Davor Šuker stated the CFF signed a 2-year contract with Kovač and his staff including his brother Robert Kovač, Vatroslav Mihačić and Goran Lacković, until the end of their UEFA Euro 2016 campaign. Croatia managed to qualify for the 2014 World cup in Brazil after a win against Iceland (2–0). On 9 September 2015, Croatian Football Federation decided to terminate his contract following a 2–0 loss to Norway.

He was appointed as the head coach of Eintracht Frankfurt on 8 March 2016. Kovač debut was a 3–0 loss to Borussia Mönchengladbach. He managed to achieve a 1–0 win over Borussia Dortmund, however, the club was only able to finish the season in 16th place, facing a relegation playoff against 1. FC Nürnberg. After drawing the first leg 1–1 in Frankfurt, Kovač ensured Eintracht's survival in the Bundesliga after Haris Seferović's goal won the second leg 1–0.

Kovač made his international debut in Croatia's friendly match against Morocco on 11 December 1996 in Casablanca. He subsequently also appeared in three qualifying matches for the 1998 FIFA World Cup, but missed the finals in France because he did not fully recover from injury until the beginning of the preparations for the tournament. He was subsequently not part of the national team for two years before making his comeback in a friendly match against France in November 1999.

At international level, Kovač played for Croatia in five qualifying matches for the 2002 FIFA World Cup and scored one goal in their 4–0 victory away against San Marino. At the final tournament, he appeared as a starting player in all three group matches before Croatia was eliminated from the tournament with a third-place finish in their group. He was also a regular in the UEFA Euro 2004 qualifying, making seven appearances and scoring two goals in away matches, the 1–0 winner against Estonia and the opening goal in the team's 3–0 victory over Andorra. He also played the entire three group matches played by the Croatian team at the final Euro 2004 tournament in Portugal and scored the opening goal in the final group match against England, but Croatia ended up losing the match 4–2 and was once again eliminated from the tournament as the group third-placed.

After the Euro 2004 finals, Kovač became the Croatian national team's captain and led the team through the qualifying campaign for the 2006 FIFA World Cup finals in Germany. He appeared in nine out of the ten qualifying matches and scored two goals, both in Croatia's 4–0 victory over Iceland at home in Zagreb. At the final tournament, he appeared in all three of Croatia's group matches, despite sustaining an injury which forced him to leave the pitch after 40 minutes of the team's opening match against Brazil. Kovač scored the goal that put Croatia 2–1 up in the final group match against Australia. However, the match ended in a 2–2 draw and Croatia was eliminated by virtue of finishing third in the group. This was the third consecutive time this had happened in a major tournament.

UEFA Euro 2008 was a bittersweet campaign for captain Kovač. His sterling performances against Germany and Turkey ultimately unrewarded in what could prove to be his last major tournament. Against Germany, he was peerless, producing a man of the match display alongside Luka Modrić whilst against Turkey, he reduced his opponents to pot shots from distance as they rarely broke through his screening protection of the back four. Before and after that game, Kovač reiterated his intention to retire from international football at the end of Euro 2008, however, after conversation with Slaven Bilić, it would seem he feels there is 'unfinished business' to take care of.

Kovač finally announced his international retirement on 7 January 2009, stating a desire that younger players should be given experience in the Croatia side. 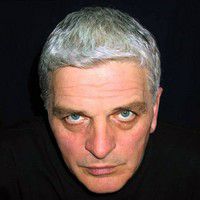