Nigel Edward Buxton (29 May 1924 – 30 November 2015) was a British travel writer and wine critic, also known for appearing as BaaadDad in the Channel 4 comedy series The Adam and Joe Show, which was written and presented by his son Adam Buxton along with Adam's friend Joe Cornish. The comedy behind the character of BaaadDad was the juxtaposition of the fact that he was clearly an elderly and upper middle class man with the topics that he discusses, which relate to youth culture - clubbing, drug use, and so on. In this character, he featured in the video for Frank Black's single Dog Gone.

Buxton was born at Cowfold, Sussex, where his father, Gordon Offord Buxton, worked as a 'general factotum' at Brook Hill House, owned by Lt-Col Edward William ('Robert') Hermon of the 1st King Edward's Horse, to whom the elder Buxton had been a servant since 1908, accompanying him as his batman during World War I.

After education at Collyer's Grammar School, Horsham and the Imperial Service College, Windsor, followed by the University of Glasgow and Worcester College, Oxford, at the latter of which he read Modern History, graduating in 1954, Buxton became travel columnist- later travel editor- of the London Sunday Telegraph in 1961. During the Second World War, having been commissioned in the Royal Artillery, Buxton was a decorated junior officer, serving in France and Germany. Prior to his journalistic career, Buxton also served as assistant adjutant in India during the last days of the British Raj. With his wife, Valerie (née Birrell), Buxton had two sons and a daughter.

Buxton wrote several books, including A Penguin Guide to Travel in Europe, published by Penguin in 1965, Travel '67, published by Follett in 1967, and Walking in Wine Country, published by Weidenfeld & Nicolson in 1993. 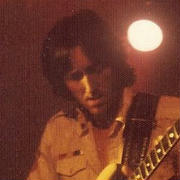