Nien Cheng or Zheng Nian (January 28, 1915 – November 2, 2009) is the pen name of Yao Nien-Yuan (Chinese: 姚念媛; pinyin: Yáo Niànyuán). She was a Chinese author who recounted her harrowing experiences during the Cultural Revolution in her memoir Life and Death in Shanghai.

Cheng was born in into a rich landowning family in Beijing. She studied at Yenching University, and later went to London to obtain a master's degree at the London School of Economics. She returned to China after the graduation.

During her time in London, Cheng also met her husband, Kang-chi Cheng, and converted to Christianity. Upon their return to China, Kang-chi Cheng joined the Foreign Affairs ministry of the Nationalist government. The couple lived in Australia briefly, setting up an embassy there, and eventually moved to Shanghai. After the Communist Party of China came to power in 1949, Kang-chi Cheng served at Shell's office in Shanghai until his death from cancer in 1957. Nien Cheng then joined the company as an adviser.

In 1966, Cheng was targeted by Red Guards and claimed as a British spy, as she was both Western-educated, and the widow of the former manager of a foreign firm in Shanghai.

Cheng's book documents her account of her following confinement that lasted for more than six years. According to the book, she managed to get through the tortures and abuses inflicted by the interrogators and had never made any false confessions or perjuries. Cheng used Mao's teachings successfully against her interrogators, frequently turning the tide of the struggle sessions against the interrogators. Although the living conditions at the detention house was inhumanly squalid, she still tried to maintain her dignity and keep her appearance decent as much as possible. In 1973, when offered to be paroled on the basis that her attitude had shown improvement, Cheng resisted leaving the detention house without receiving official acknowledgment from her captors that she had been unjustly detained.

Upon her release, Cheng was relocated from her spacious home to two bedrooms on the second floor of a two-story building. Cheng continued her life under constant surveillance, including spying by the family on the first floor. When released from jail, Cheng was told that her daughter, Meiping Cheng (Chinese: 郑梅萍; pinyin: Zhèng Méipíng), had committed suicide. After Cheng conducted a discreet investigation, she found that this scenario was impossible, and came to believe that Meiping had been murdered by Maoists after she refused to denounce her mother. The alleged killer of Meiping, a rebel worker named Hu Yongnian, was arrested and given a suspended death sentence by Shanghai authorities in 1980, but subsequently paroled in 1995.

Cheng lived in China until 1980. Using funds that her husband had placed in overseas bank accounts, she first emigrated to Canada, and later to Washington, D.C., where she wrote the autobiography. She never returned to China. She stated that the main reason she kept herself away from China was that she couldn't bear being constantly reminded of her dead daughter at the sight of other young Chinese girls. Meanwhile, she also suspected that she was still a constant target of surveillance by the Chinese government. At an interview conducted in 1998, she said she would never return to China until the Mao portrait was removed at the gate of Tiananmen Square.

Cheng was a longtime friend of Nelson T. Johnson, the U.S. Ambassador to China and his wife Jane Augusta Washington Thornton Beck Johnson. After moving to Washington, D.C., Cheng traveled extensively and was a frequent speaker on the lecture circuit. She was also a close friend of Baroness Van Aerssen (Suzanne Hiltermann-Souloumiac), wife of the Dutch Consul General in Hong Kong. Nien and Suzanne exchanged several letters on Life and Death in Shanghai. Canadian singer Corey Hart recorded an instrumental song based on her memoir in his 1990 album Bang! 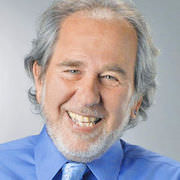 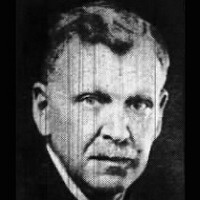