Nicole Avant is the daughter of Clarence Avant, "The Black Godfather" and chairman of Motown Records. During her childhood, Jimmy Carter, Tom Bradley, Gray Davis, and Jerry Brown were frequent visitors to the family's estate in Hollywood.

Nicole Avant graduated in 1984 from the California State University, Northridge with a B.A. in communications. She started her career working for the promotion division of A&M Records in Los Angeles. In 1988, she was named vice president of Interior Music Publishing, her father's music company.

In 2006, Nicole Avant helped launch the Culture Cabinet, and organized fundraising events for Harold Ford Jr. in Tennessee before becoming the Southern California finance co-chairwoman for the Barack Obama 2008 presidential campaign (along with Charles Rivkin), while her dad was fundraising for Hillary Clinton.

US Ambassador to the Bahamas

Avant was appointed United States Ambassador to the Bahamas by President Barack Obama on June 16, 2009, and was sworn in on October 22, 2009 and served until November 21, 2011. At 41, she was the first black woman and the youngest US Ambassador to the Bahamas ever. During her term, Ambassador Avant was nominated for the State Department's Sue M. Cobb Award for exemplary diplomatic service and she is remembered as one of the more popular Ambassadors to have served the U.S. in the Island nation.

Nicole Avant has worked with local advocacy groups for people with disabilities. She hosted Eunice and Francesca Shriver to raise awareness for Special Olympics-Bahamas. She also brought Magic Johnson to the Bahamas Chamber of commerce to advise on trade with the US.

A State Department inspector general's report on the U.S. Embassy in the Bahamas praised the Ambassador and the embassy noting that "The large and diverse law enforcement community in Mission Bahamas works well together, under the Ambassador’s leadership, to counter threats to U.S. national security." the report also noted that the Ambassador and the new deputy chief of mission, whom she had hired, were "emerging strongly from a period of dysfunctional leadership and management." The inspector general found Nicole Avant was frequently away from the embassy often traveling to and from her home in Los Angeles. When she was in the Bahamas, she often worked from her office at the residence rather than working at the embassy. Nicole Avant "was absent from [her] post for 276 days during a 670-day period from November 19, 2009, to September 19, 2011—an average of 12 days per month. The 276 days include...102 personal leave days. [She] also traveled to the United States for 77 work days on what she identified as business, with 23 days on what appear to have been official travel orders." The report found she "had not had frequent policy-level interaction with the [State] Department or other Washington agencies... She relied unduly on her [deputy chief of mission] to attend to day-to-day contacts with the [State] Department." The report offered praise for the service levels from the consular section, noted an "invigorated" public affairs section and reported that "she (Avant) and her staff have improved the embassy’s reputation among Bahamians. This, in turn, has fostered a close bilateral environment that is conducive to excellent law enforcement cooperation."

In response, Avant said that she had inherited a dysfunctional embassy, and the new executive team she appointed had improved things.

In 2019, she produced the Netflix-distributed movie The Black Godfather.

The contents of this page are sourced from Wikipedia article on 04 Jan 2021. The contents are available under the CC BY-SA 4.0 license.
View Nicole Avant 's image gallery
Image Gallery 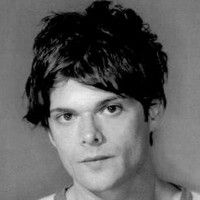