Nicolas Penneteau (born 20 February 1981) is a French football goalkeeper who plays for Sporting Charleroi in the Belgian Pro League.

In August 2014, Penneteau left France for the first time, signing a two-year contract with Sporting Charleroi.

He joined the Corsican football team to play with them in the Corsica Cup 2010.

The contents of this page are sourced from Wikipedia article on 09 Mar 2020. The contents are available under the CC BY-SA 4.0 license.
View Nicolas Penneteau 's image gallery
Image Gallery 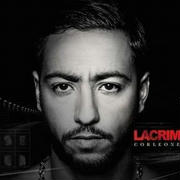