Nicolas Dupont-Aignan ([ni.kɔ.la dy.pɔ̃.ɛɲ.ɑ̃]; born 7 March 1961), sometimes referred to by his initials NDA, is a French politician serving as President of Debout la France since 2008. He has been the member of the National Assembly for Essonne's 8th constituency since 1997 and was previously Mayor of Yerres from 1995 to 2017.

A member of the Union for a Popular Movement (UMP) party until January 2007, he then founded the Gaullist and souverainist party Debout la France (DLF; "France Arise") in November 2008, named Debout la République until October 2014 and which is closely linked to the European political party Europeans United for Democracy. He ran for President of France in 2012 and 2017 and endorsed the runner-up Marine Le Pen in the 2017 second round.

Nicolas Dupont-Aignan was born Nicolas Dupont on 7 March 1961, in Paris. He is the son of Jean-Louis Dupont, who was a wine maker and a Second World War veteran who escaped a German POW camp and Colette Aignan.

Dupont-Aignan graduated from Sciences Po in 1982 and acquired his law license in 1984. He graduated with his postgraduate degree from Paris Dauphine University. Dupont-Aignan also attended École nationale d'administration between 1987 and 1989.

During his youth, Dupont-Aignan supported the Gaullist politician Jacques Chaban-Delmas and was a member of Rally for the Republic, campaigning for Chaban-Delmas during the 1974 presidential election.

Dupont-Aignan began his professional career in politics as a civil administrator and working in several ministerial offices, including that of the Minister of National Education and the Environment. Dupont-Aignan joined Rally for France in 1993 and then began serving in Michel Barnier's ministry of the environment in February 1995 though he refused to support either Édouard Balladur or Jacques Chirac in their presidential campaigns that year. Serving with Michel Barnier, Dupont-Aignan was friendly with multiple Europhile personalities such as Francois Bayrou.

In the early 1990s, the city of Yerres was in 20 million euros in debt following the closure of a major aquatic centre that closed a few months after its opening. In the 1995 municipal elections, Dupont-Aignan was elected with 51.8% of the vote against the then-Socialist mayor. He was also reelected in 2008 with 79.70% of the vote in the first round, giving him one of the biggest margins of victory for a mayor in France.

Shortly after becoming mayor, Dupont-Aignan attempted to fix the debt issue by renegotiating the interest rate established with banks, being able to bring the debt from 45 million euros to 34 million euros. Dupont-Aignan took this further by cancelling infrastructure initiatives set by the previous mayor and developed a cheaper, environmentally cheaper plan that included creating communal housing.

In terms of environmental policy, Dupont-Aignan reprocessed swimming water to clean streets and his numerous environmental policies were able to win the city awards. On the issue of crime, a municipal police brigade that could patrol the forest areas was created and CCTV was upgraded. This led to Yerres having a significantly lower crime rate than the rest of Essonne.

Dupont-Aignan was first elected to the National Assembly in 1997 as the member for Essonne's 8th constituency. He has been reelected every legislative election since. Following the creation of the Union for a Popular Movement (UMP), Dupont-Aignan ran in the leadership election in 2002 and again in 2004, losing both.

Dupont-Aignan also campaigned for a "No" vote in the 2005 French European Constitution referendum, abandoning perceived Gaullist principles. He was one of the only members of the UMP to vote "No".

Following disagreement with the UMP candidate, Nicolas Sarkozy, Dupont-Aignan left the UMP on 13 January 2007. Dupont-Aignan intended to run for the 2007 presidential election but failed to gather the necessary 500 signatures of elected officials.

Following his failure to gather the 500 signatures necessary to run, Dupont-Aignan was reelected in his constituency of Essonne 8th though he was no longer a part of the presidential majority due to disagreements with President Sarkozy over taxes and a pro-American foreign policy, voting alongside the Socialist Party on several occasions.

Dupont-Aignan eventually founded Debout la France on 23 November 2008 with the ambition of founding a third party that could compete with both the right wing UMP and left-wing Socialist Party who he labeled as being the "same". Debout la France contested the 2009 European Parliament election, gaining 2.04% of the vote in Metropolitan France.

In November 2010, Dupont-Aignan announced his intention to run for the 2012 presidential election during the annual congress for France Arise, pledging to leave the Euro and return to the Franc, leaving the Euro as a reserve currency. In March 2012 he announced that he had obtained the necessary 500 signatures to run as an official candidate.

Dupont-Aignan received 644,043 votes on the first ballot, or 1.79% of the votes cast, finishing seventh. His best showing (24.88%) was in Yerres, of which he was mayor. He did not endorse any candidate for the second round.

Shortly after the beginning of the first round, Dupont-Aignan denounced Emmanuel Macron, saying that he "served the interests of the rich" and accused Serge Dassault, the owner of Le Figaro, of harassing him through text messages in an attempt to get him to renounce his candidacy in endorsement of François Fillon. Le Figaro denies that Dupont-Aignan was harassed though does not deny text messages were exchanged between the two. On 22 April, Dupont-Aignan organised a petition demanding that three televised debates be shown during the first round with all candidates appearing at the debates. Because he was not invited to the first debate, he left prematurely and denounced TF1 for what he called a "lack of democracy".

In the first voting round of 23 April, Dupont-Aignan came in the sixth place, receiving 1,695,000 votes which represents 4.70% of the vote total. Failing to hit the 5% threshold, Dupont-Aignan was not reimbursed for his campaign funds. During an interview on 28 April 2018, he endorsed Marine Le Pen for the second round saying that he would help her with campaigning.

Marine Le Pen pledged in return to appoint him as Prime Minister of France should she win. The electoral alliance between Debout la France and Front National gathered protesters in Dupont-Aignan's commune, Yerres. Dupont-Aignan was also called a "petainist" and compared to Pierre Laval. Dupont-Aignan also had dissidents within his own party with his "right hand", Olivier Clodong, resigning. Dominique Jamet, Vice President of Debout la France, resigned as well. Le Pen lost the vote in the second round of the election against Emmanuel Macron.

Dupont-Aignan was reelected during the legislative election of 2017; he resigned as Mayor of Yerres later that year and was succeeded by Clodong.

Dupont-Aignan has been described as nationalist, protectionist, and eurosceptic. He describes himself as a Gaullist. Dupont-Aignan supports a French withdrawal from the EU and endorsed Brexit. Although he shares many policies and views with Marine Le Pen, he is considered less hardline than she and has criticized her in the past.

Dupont-Aignan strongly advocates leaving the euro, calling it a "racket", and returning to the franc, retaining the euro only as a reserve currency. Dupont-Aignan has also voiced his support for Rattachism.

Dupont-Aignan is married to lawyer and former parliamentary assistant, Valérie Vecchierini. The couple have two daughters, Victoire and Sixtine.

Dupont-Aignan declared during the 2017 presidential election that he was worth more than 2 million euros. He had also declared in 2013 that he has a house worth €130,000 in Yerres and an apartment in Paris worth €420,000.

The contents of this page are sourced from Wikipedia article on 07 Mar 2020. The contents are available under the CC BY-SA 4.0 license.
View Nicolas Dupont-Aignan 's image gallery
Image Gallery 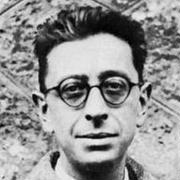 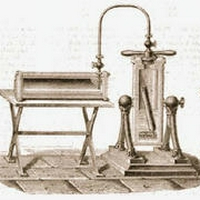 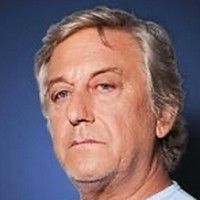