Bloembergen was born in Dordrecht on March 11, 1920, where his father was a chemical engineer and executive. He had five siblings, with his brother Auke later becoming a legal scholar. In 1938, Bloembergen entered the University of Utrecht to study physics. However, during World War II, the German authorities closed the University and Bloembergen spent two years in hiding.

Bloembergen left the war-ravaged Netherlands in 1945 to pursue graduate studies at Harvard University under Professor Edward Mills Purcell. Six weeks before his arrival, Purcell and his graduate students Torrey and Pound discovered nuclear magnetic resonance. Bloembergen was hired to develop the first NMR machine. At Harvard he attended lectures by Schwinger, Van Vleck, and Kemble.

While studying at Harvard, Bloembergen also worked part-time as a graduate research assistant for Purcell at the MIT Radiation Laboratory.

Bloembergen returned to the Netherlands in 1947, and submitted his thesis Nuclear Magnetic Relaxation at the University of Leiden. This was because he had completed all the preliminary examinations in the Netherlands, and Cor Gorter of Leiden offered him a postdoctoral appointment there. He received his Ph.D. degree from Leiden in 1948, and then was a postdoc at Leiden for about a year.

In 1949, he returned to Harvard as a Junior Fellow of the Society of Fellows. In 1951, he became an Associate Professor. He became Gordon McKay Professor of Applied Physics in 1957; Rumford Professor of Physics in 1974; and Gerhard Gade University Professor in 1980. In 1990 he retired from Harvard.

In 1996-1997, Bloembergen was a Visiting Scientist at the College of Optical Sciences of the University of Arizona; he became a Professor at Arizona in 2001.

In 1958, he was naturalized as a citizen of the United States.

He was awarded the Lorentz Medal in 1978. Bloembergen shared the 1981 Nobel Prize in Physics with Arthur Schawlow and Kai Siegbahn for their work in laser spectroscopy. Bloembergen and Schawlow investigated properties of matter undetectable without lasers. He had earlier modified the maser of Charles Townes.

Prof. Bloembergen is a member of the Board of Sponsors of the Bulletin of the Atomic Scientists and Honorary Editor of the Journal of Nonlinear Optical Physics & Materials. 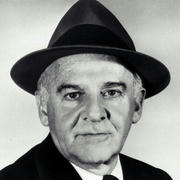 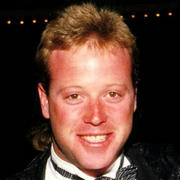