Nick Rivera Caminero (born March 17, 1981), known by the stage name Nicky Jam, is a singer and songwriter. He is best known for the song "El Perdón" and "Hasta el Amanecer".

Rivera was born to a Puerto Rican father and a Dominican mother. He later moved with his family to Barrio Obrero in Puerto Rico when he was ten years old. He has been in reggaeton since his youth. The name "Nicky Jam" was jokingly given to Rivera by a homeless man. Rivera's family was low-income and as a minor he performed illegal work in a grocery store in order to help support them, improvising while bagging groceries. One day a music executive noticed his talent and signed him, and at the age of fourteen he recorded his first album "...Distinto A Los Demás". The album was not successful, but it did gain him recognition in the music industry, and warranted the attention of some music producers such as DJ Joe, DJ Playero and DJ Chiklin.

After his first album, he continued working in the music industry, where he met Daddy Yankee when they were recording with Guatauba and DJ Playero. Daddy Yankee asked Rivera to work with him. During the late 1990s and early 2000s, they became friends and formed the unofficial Daddy Yankee and Nicky Jam duo, also known as Los Cangris. They created many commercially successful singles including "Sabanas Blancas", "Guayando", "Sentirte" and many others. They also worked together on the album "Los Super Amigos" in 2000, which was never released. In 2001, Daddy Yankee released El Cartel II: Los Cangris, which Rivera took a small part in. Due to personal issues, they ended their friendship in 2004 and stopped working together. Rivera continued working as a solo artist and created many commercially successful singles. In 2012, after many years of splitting apart, they both recorded "El Party Me Llama" from the album Prestige and confirmed they had both settled their disagreements from years prior.

Rivera released Haciendo Escante in 2001, and in 2004 released Vida Escante. He and Daddy Yankee separated due to many arguments and conflicts between the two thus resulting in a rivalry. His most recent studio album is The Black Carpet, released in 2007. Rivera has also worked with R.K.M & Ken-Y, Héctor & Tito (Hector el Father and Tito El Bambino), Lito & Polaco, Big Boy, and Magnate & Valentino

In the late 2000s he moved to Medellin, Colombia in 2010 after performing a few concerts there, and restarted his career. He released the successful singles "Tu Primera Vez", "Piensas en Mi", "Curiosidad", "Juegos Prohibidos" and, most notably, "Voy A Beber". He also worked with Daddy Yankee again, after eight years of not working together, on the album Prestige by Daddy Yankee. Nicky Jam has appeared in many reggaeton albums, currently holding the record for most appearances on various artist albums, which was formerly held by Daddy Yankee. His most recent album appearance is with Daddy Yankee's album Prestige, with the track "El Party Me Llama". In 2015, Nicky Jam won a Latin Grammy Award for Best Urban Performance. "Hasta el Amanecer" was released on January 15, 2016 on U.S. radios. Billboard called the song a "sultry, sexy reggaetón track" that contains the singer's "trademark catchy melodic hooks. Still a hopeless romantic, here Jam pines after a girl he met at the laundromat, and let go, without even finding out her name." The music video has been viewed over 1 billion times on YouTube 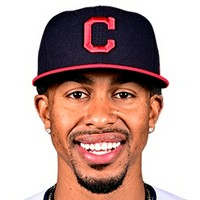