Nicky Griffiths is a Welsh rugby union player. A scrum half, he is a former Wales Under-19, Under-21 and 7's international.

Griffiths started his career with Bridgend RFC before moving on the Ospreys, Cornish Pirates, Doncaster R.F.C.. In June 2010 he joined Newport Gwent Dragons. He left Newport Gwent Dragons at the end of the 2010-11 season for Jersey He has become a fans favourite at the island club scoring many tries and winning the Player's Player of the year award for 2013.

The contents of this page are sourced from Wikipedia article on 04 Jul 2020. The contents are available under the CC BY-SA 4.0 license.
comments so far.
Comments
From our partners
Sponsored
Reference sources
References
http://news.bbc.co.uk/sport1/hi/rugby_union/welsh/8661281.stm
http://www.newportgwentdragons.com/Personnel.aspx?pr=213332
Trending today in 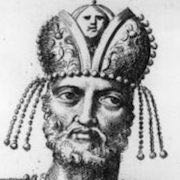