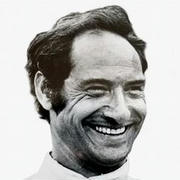 As of 1968 Dioguardi also ran in Formula A. Both times, in 1968 and 1969, the Italian driver failed to finish the race. Dioguardi first ran a World Racing Enterprises Shadow in 1968 and a Surtees TS5 the following year. In 1969 Dioguardi also entered the Continental 49'er at Sears Point Raceway. The fast racing driver finished in fifteenth place in the fourth round of the 1969 SCCA Continental Championship. In 1971 Dioguardi ran the complete season in the Surtees. Sponsored by Delta Tire Dioguardi scored a single point. At the Mid-Ohio Grand Prix the Surtees driver finished in tenth place.

Dioguardi made two appearances in IndyCar. In 1969 the Italian driver was entered by Arciero Racing in an Eisert 64. The car built to Formula A specifications failed to qualify at Riverside. The following year Dioguardi returned, at Phoenix International Raceway. He qualified 24th, and last. After 28 of the Phoenix 150 Dioguardi crashed.

The Italian driver later made appearances in Can-Am. In 1972 Dioguardi ran at Laguna Seca and Riverside. The Italian ran a Titanium Ti22. The car was revolutionary when it was introduced in 1969 but disappointed earlier at the hands of Jackie Oliver and David Hobbs. Dioguardi's best result was 13th at Riverside.

Dioguardi was born October 12, 1932 in Alia, Sicily. Together with his parents and two brothers the family moved to Los Angeles in 1949. In 1953 the family settled in Glendale, California in 1953. The three brothers ran Dio Brothers Automotive. On May 11, 2015, Dioguardi died in his native Alia.

Dioguardi was an avid car collector. The Dioguardi Collectioned was auctioned after he died. The March 86C, chassis number 86C-24, was raced by Josele Garza in the 1986 Indianapolis 500. The car was later raced by Chip Ganassi.

Italian teacher of music in London

Mother of Gregory the Great