Nick Cave (born February 4, 1959, in Fulton, Missouri, United States) is an American fabric sculptor, dancer, and performance artist. Cave's family was large in size and always supportive of his artistic interests. He claims his upbringing gave him an artistic attentiveness to found objects and assemblages. Cave started his artistic journey by manipulating fabrics from older sibling's hand me downs. After he graduated Hickman High School in 1977, he enrolled in the Kansas City Art Institute where he finished a Bachelor of Fine Arts in 1982. He is best known for his Soundsuits – wearable fabric sculptures that are bright, whimsical, and other-worldly. He also trained as a dancer with Alvin Ailey. His later sculptures focused on color theory, mixed media and large scale installations. He currently resides in Chicago, Illinois, and is director of the graduate fashion program at School of the Art Institute of Chicago. He still continues to work on Soundsuits as well as works completed as a sculptor, dancer, and performance artist.

Nick Cave was raised in Fulton Missouri, alongside 7 brothers by a single mother who encouraged Cave's interest in fashion. His grandparents owned a farm in Chariton Missouri where Cave would sometimes help care for crops and chickens. Cave attributes much of his interests in found objects and assemblage to his childhood circumstances. Graduating from Hickman High School in 1977, he enrolled in the Kansas City Art Institute where he would study fiber arts and later earn a Bachelor of Fine Arts in 1982. In 1979, Cave met Alvin Ailey and spent that summer and several summers thereafter in New York, where he would study with the Alvin Ailey American Dance Theatre. After graduating from the Kansas City Art Institute in 1982, he designed displays for the department store, Macy's, and worked professionally as a fashion designer, while continuing his passions as an artist and dancer.

In 1988, Cave earned his M.F.A. degree from Cranbrook Academy of Art in Bloomfield Hills, Michigan. He also did some graduate coursework at North Texas State University. After graduating from Cranbrook Academy of Art he would go on to teach a fiber arts program at the Art Institute of Chicago as of 1989. Also since then, Cave has run a clothing company in Chicago where he designs, manufactures, and markets his own line of men's & women's clothing.

Cave's low socio-economic status growing up forced him to repair hand-me downs from older siblings; this is where he began developing skills in manipulating fabrics. He created his first Soundsuit through utilization of these skills. Up until then his work had nothing to do with the figure or performance art. He explained that he made a sudden shift that would redefine the work he was making.

Influences of African art traditions, armor, ceremonial dress, couture fashion, and designed textiles as well as stereotypically feminine objects are present in his work to express a multitude of concepts. Much of his work is in the round, but occasionally he enjoys the dimension created when working with bas-relief, referring to them as paintings. His work deals with strategies to negotiate the real life stakes of vulnerability and consequence by transforming the experience and environment. With his performance art he aims to create situations where diverse communities come together to share the experience, making sure to distinguish his pieces as art rather than costumes. Cave describes himself not as an artist but as a messenger as his work frequently deals with spectacle and responsibility. One such work of his that follows this principle is Augment. This piece consists of five assemblages made with over 1000 inflatable lawn decorations that are sewn together. The sculptures were on display in the Cycolrama at the Boston Center for the Arts in Boston’s South End from August 8, 2019 to September 13, 2019. On September 14, the piece was taken to the streets in the form of a parade with the mission to spread joy through the South End and Upham's Corner neighborhoods in Boston. More than 75 Boston-area artists and performers and 500 members of the public participated in this parade to bridge the gap between the two neighborhoods. At its final location at 555 Columbia Avenue in Upham's corner, the piece spills out through the windows of a custom-designed building wrapped in collages made by members of the Upham's Corner community.

Cave creates most of his pieces in a workshop with several assistants, fabricators, and suppliers, his head assistant being Jen Grygiel. He most often commissions fabrication from a shop in Skokie, Illinois called "Iron and Wire" owned by David Greene.

Soundsuits are sculptural costumes enveloping the wearer's body in materials including but not limited to dyed human hair, sisal, plastic buttons, beads, wire, sequins, and feathers. Soundsuits camouflage the body, masking and creating a second skin that conceals race, gender, and class, forcing the viewer to look without judgment. In using everyday objects, Cave can create an atmosphere of familiarity while rearranging the objects into interpretive representations of both social and material culture. As race, identity, and gender are generally accepted to form the axis of his work, Cave's soundsuits can telegraph many concepts simultaneously. Their meaning can therefore change based on their environment, movement, fixed state, and/or the inclusion of group choreography. The finished pieces bear some resemblance to African ceremonial costumes and masks. The suits also reference carnival costumes, Dogon costumes, Rococo, and ball culture.

Cave's first soundsuit was created in 1992, as a reaction to the beating of Rodney King. Cave collected a large number of sticks and twigs from the ground and fashioned them into a suit that, to his surprise, made sounds when worn. His suits are most often presented for public viewing as static sculptures, but they are also observed through live performance, video, and photography. Bringing his interactive creations to life, "Cave regularly performs in the sculptures himself, dancing either before the public or for the camera, activating their full potential as costume, musical instrument, and living icon." Cave has produced over 500 soundsuits, since the creation of his first in 1992. Cave is very much inspired by dance and choreography which works well with soundsuits because they allow the expression of both arts in one piece. He talks about how he wants his work to be seen without the artist in mind. With the Soundsuits series you don't know who is inside, you don't know their gender, their race, or anything about their identity.

In 2009 Nick Cave worked with the dancers of the Alvin Ailey Dance Company, which he was formerly a dancer in, and created HEARD•NY. This performance took place in one of the cities most bustling thoroughfares, Grand Central Terminal's Vanderbilt Hall. HEARD•NY was not however pure visual spectacle—it was a deftly layered commentary on ceremony (particularly costumed West African ritual), identity, and the place of dreams in civic life. A herd of thirty colorful life-size horses that broke into choreographed movement—or “crossings”— twice a day for just a week and was accompanied by live music. Each suit was operated by two dancers from the Alvin Ailey Dance Company and made out of brightly-colored synthetic raffia. The project was presented by Creative Time and MTA Arts for Transit as part of a series of events celebrating the centennial of Grand Central. Nick Cave's soundsuits were created to be seen in motion. Choreographed performances such as these show the audience what the soundsuits look and sound like in their true form.

Cave's work outside of his soundsuits is predominantly mixed media sculptures and large-scale installations. Maintaining his signature style utilizing found objects and brightly colored fabrics, Cave creates sculptural art that discusses current racial tensions, especially gun violence and its impact on Black men. One such piece that speaks directly to this is TM 13, a sculpture that responds to the life and 2012 death of Trayvon Martin. George Zimmerman was acquitted of Martin's murder on July 13, 2013; hence the title "TM 13". By no means the first Black man to be shot due to racial profiling, Martin's case gained national attention and became ingrained in the cultural discourse very quickly. Cave, looking to address this tragedy, created a powerful sculpture centering around a hoodie, denim pants, a Black mannequin, and sneakers. The sculpture is conspicuously covered in a net, "creat[ing] a kind of Soundsuit for the ghost of Trayvon Martin. A way for a dead black teenager to make an outcry and an uproar, to protest against his undeserved demise".

Cave's mixed media sculptures often include black doll or mannequin parts (heads, hands, etc.) placed at the center or top of a piece, creating an altar-like semblance. By focusing his pieces in this manner, viewers of his art can "examine the history of trauma and racism, ... the objectification of the black male". His 2014 exhibition "Rescue" "inspects the idea of servitude and the accompanying stigma within the Black community". Most of these works are not audible, like his 2016–2017 exhibition 'Until' at MASS MoCa, as Cave wants the exhibition participants "to be included – and implicated – in the work" as opposed to focusing on sound and movement. The act of viewing his works with participants seeing each other at the same time is a metaconcept Cave actively promotes.

Cave is represented by the Jack Shainman Gallery.

The contents of this page are sourced from Wikipedia article on 07 Mar 2020. The contents are available under the CC BY-SA 4.0 license.
View Nick Cave 's image gallery
Image Gallery 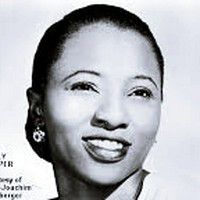 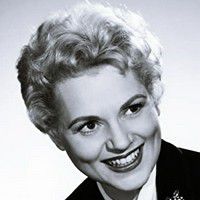 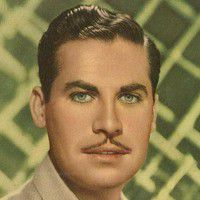