Nicholas A. Kotov
The basics

Nicholas A. Kotov (born August 29, 1965, Moscow, USSR) is the Joseph B. and Florence V. Cejka Professor of Chemical Engineering at the University of Michigan in Ann Arbor, MI, USA. He is known for his pioneering contributions to biomimetic nanostructures. Topics he has been working on in this large interdisciplinary research field include layered biomimetic nanocomposites, self-assembly of nanoparticles, and chiral nanostructures.

Kotov’s research instigated the development of a large family of ultrastrong materials replicating nacre, a natural material known for its layered architecture, opalescence, and unusually high toughness. Sequential deposition of one nanoscale layers at a time followed by delamination of the composite stack as a free-standing film allowed him to create a macroscale version of nacre suitable for mechanical testing. By using the sequential layering he was able to immobilize each layer of nanomaterial and polymer and to overcome the long-standing problem of phase separation known from earlier works on clay nanocomposites carried out by Lagaly and scientists at Toyota.[1][2] Kotov showed that biomimetic composites of natural clay can attain mechanical properties comparable to some grades of steel while retaining their diffraction colours and transparency. This discovery spurred the development of new methods for the mass-production of nacre-like materials from clays and similar inorganic nanomaterials.

In the very first publication as a new Assistant Professor at Oklahoma State University, Kotov discovered strong barrier and gas selective properties of nacre-like layered clay nanocomposites that are also crack-resistant. He worked with packaging manufacturer Avery Dennison and biomedical device manufacturer Ciba Vision on the large scale implementation of composite coatings. As early as in 2000 Avery Dennison converted the dipping method of preparation of composites into a roll-to-roll processing for scalable manufacturing of biomedical and other coatings.[3] J. Grunlan was first to demonstrate that the nacre-like nanocomposites from clay and other materials are efficient fire retardants suitable for many everyday products after the move from Avery Dennison to Texas A&M University.

Kotov extended the concept of biomimetic nanostructures to inorganic nanoparticles. He established that, similarly to many proteins and other biomolecules, nanoparticles can self-organize into chains, sheets, nanowires, twisted ribbons and nanohelices, and spherical supraparticles replicating viral capsids. He also found that the complexity of nanoparticle assemblies approaches that of self-assembled structures of biomolecules. The biomimetic self-assembly behavior of NPs originates from interparticle interactions at the nanoscale, in which chirality also plays a prominent role. The functional parallels between nanoparticles and biomacromolecules were established using pyramidal nanoparticles that inhibit the bacterial enzyme β-galactosidase by fitting in a lock-and-key manner into the groove of the enzyme.

Kotov received his MS (1987) and PhD (1990) degrees in chemistry from Moscow State University, where his research concerned liquid-liquid interfaces imitating cell membranes for solar energy conversion. After graduation, he took up a postdoctoral position in the research group of Prof. Janos Fendler in the Department of Chemistry at Syracuse University in New York.

Kotov took up a position as Assistant Professor of Chemistry at the Oklahoma State University in Stillwater, Oklahoma in 1996, gaining promotion to Associate Professor in 2001. In 2003 he moved to the University of Michigan where he is now the Joseph B. and Florence V. Cejka Professor of Engineering.

Kotov serves as an Associate Editor for the journal ACS Nano, and as an advisory board member of several other nanotechnology journals. He has received awards and recognitions from a number of different countries, international organizations, and multinational corporations. These include the 2017 Colloid Chemistry Award of the American Chemical Society, the 2016 Stephanie Kwolek Award of the Royal Society of Chemistry, the 2016 UNESCO Medal for Development of Nanoscience and Nanotechnologies, the 2014 MRS Medal, the 2013 Langmuir Lecturer Award of the American Chemical Society, and the 2012 Stine Award from the American Institute of Chemical Engineers. He was also selected as a 2016 August T Larssons Visiting Scholar by the Swedish University of Agricultural Sciences (Sveriges Lantbruksuniversitet), a 2016 Fulbright Scholar, and as a Fellow of the Materials Research Society in 2014.

In 1991, Kotov married Elvira Stesikova, a PhD Chemist working on polymeric surfactants. They have two daughters, Sophia and Nicole. 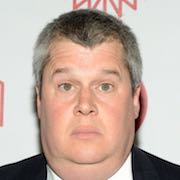