Nichkhun was born in Rancho Cucamonga, California to ethnic Chinese parents from Bangkok. His paternal grandmother is from Hainan, China while his paternal grandfather is a Thai born ethnic Chinese. His mother Yenjit Horvejkul was born in Thailand to Hainanese immigrant parents from China. His mother is the chief executive officer of a Thai pharmaceutical company, Union Medical, established in 1976, which acts as an importer and distributor. He has said that he has extended family and distant ancestors from Guangzhou. He holds dual citizenship in Thailand and USA.

He comes from a wealthy background, which earned him the nickname “Thai Prince" in South Korea. Nichkhun has one older brother, Nichan, and two younger sisters, Nichthima (Yanin) and Nachjaree (Chereen). At the age of five, he moved to Thailand from the United States with his family and studied at Dhepkanjana School and Tangpiroondham School. At the age of twelve, he studied at Wanganui Collegiate School in New Zealand for a year and a half and moved back to the United States to finish his schooling at Los Osos High School in Rancho Cucamonga, California. He was scouted by a scout manager of JYP Entertainment at the Los Angeles Korean Music Festival.

After passing an audition hosted by JYP Entertainment, he signed a ten-year contract with the company but later re-signed an eight-year contract, not including training, and was brought to South Korea in 2006 as a trainee, being put into a class of 24 other students. Park Jin-young informed him that he was required to learn how to sing and to dance, learn Korean and Mandarin Chinese, and to bulk up. He is now fluent in Thai, English, Mandarin, Korean, Japanese and basic French. He first appeared through MNET's Hot Blood, a program that showed the intense physical training that 13 male trainees had to go through for the opportunity to debut in either a four-member ballad group (2AM) or a seven-member dance group (2PM) under JYP Entertainment.

As a male citizen of Thailand, he was subject to the military draft lottery in 2009 and subsequently received an exemption from military service.

On 4 September 2008, Nichkhun debuted as part of 2PM in their first single "10 Points out of 10 Points" (Korean: "10점 만점에 10점") from their single album "Hottest Time of the Day". They have released five studio albums in Korea and four studio albums in Japan.

Nichkhun was one of the hosts for the Korean Music Wave in Bangkok in 2010, 2011, and 2013. In 2010, along with Taecyeon and Yoon Eun-hye, Nichkhun played one of the main characters in a 12-minute music video drama for Cass Beer, which was released on February 8. He also hosted JYP's talent competition Superstar Survival. On June 2010, he was cast in the second season of variety show We Got Married, pairing up with Victoria of f(x). The couple, known as Khuntoria, was featured on the show leaving in September 2011.

In 2011, Nichkhun appeared in the music video of the single "Touch (觸動)" by Taiwanese Mandopop artist Wilber Pan, which premiered on January 31. In May, he was selected as the new model for Everland's Caribbean Bay Aqualoop CF. He also starred in the Japanese live-adaptation film of Ouran High School Host Club as Lawrence, the president of a Singaporean corporation, followed in 2012 by the Thai film Seven Something.

In 2013, he filmed the Chinese TV series One and a Half Summer, where he plays the lead character. The series aired between June and July 2014. In 2014, he had a cameo in the Thai movie Chalouis. He teamed up with CNBLUE's Jung Yong-hwa, B1A4's Baro, Infinite's L, and Winner's Mino for project group Lucky Boys (Super 5) for the 2014 SBS Gayo Daejun. Nichkhun and Baro also hosted the show.

In 2015, Nichkhun joined the cast of the Chinese movie Forever Young, Gardenia in Blossom (Forever Young, 栀子花开), starring Li Yi Feng and Zhang Hui We and a new Chinese music reality show Youth Trainee. He will also be a special guest on a Thai sitcom, Yes Sir My Boss. 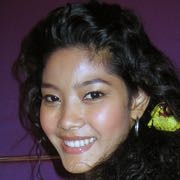