Nia Dennis (born February 23, 1999) is an American artistic gymnast. A National Team member since 2012, she began to represent the United States internationally in 2014. She trained at Buckeye Gymnastics in Westerville, Ohio and Legacy Elite Gymnastics in Naperville, Illinois, and is currently a member of the UCLA Bruins women's gymnastics team.

Dennis competed at the 2010 Covergirl Classic in the 10-11 Hopes Division, where she placed 2nd.

Dennis qualified to Junior International Elite status in 2011. She qualified to the Covergirl Classic in the Junior division. She finished 21st of 36 participants, with a score of 50.450 and therefore did not advance to the National Championships.

She was scheduled to compete at the Secret U.S. Classic but withdrew with injury. Dennis advanced to the VISA Championships as she had already qualified. She had an excellent two days of competition, accumulating a two-day all-around score of 109.550.

Dennis returned to the Secret U.S. Classic in 2013. She finished 5th all-around, picking up a gold medal in vault (15.250) and a silver on floor (14.600). Nia advanced to Nationals in Hartford, CT. She finished her two days of competition with 112.550, placing 4th in the all-around. She took home a silver medal on vault also.

Dennis made her international debut in March 2014 at the City of Jesolo Trophy in Jesolo, Italy. She took home a team gold and individual silvers on the bars and all-around. She went on to compete at the 2014 Pacific Rim Gymnastics Championships in Richmond, Canada, where she won the gold medal with the U.S. team and the all-around and vault silver medals.

Dennis' senior international elite debut came in 2015. On February 17, 2015, it was announced that Dennis had committed to UCLA for NCAA gymnastics.

On July 13, 2015, it was announced that Dennis was rumored to be leaving her long-time gym Buckeye Gymnastics and has moved to Legacy Elite Gymnastics in Illinois.

Following the 2015 U.S. National Gymnastics Championships, Dennis was named to the U.S. Senior National Team and was invited to the World Championships training camp.

In the fall of 2017, Dennis began attending the University of California, Los Angeles, joining the gymnastics program for the 2017-2018 season.

The contents of this page are sourced from Wikipedia article on 25 Jan 2021. The contents are available under the CC BY-SA 4.0 license.
View Nia Dennis 's image gallery
Image Gallery 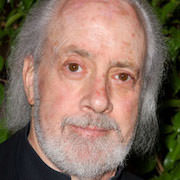