Neil Alexander Danns (born 23 November 1982) is a professional footballer who plays as a midfielder for League Two club Blackpool on loan from Bury. He also plays for the Guyana national team.

Danns began his football career at The FA's School of Excellence in Lilleshall and signed as a trainee for Blackburn Rovers, aged 16. After productive loan spells with Blackpool, Hartlepool United and Colchester United, he joined the latter on a permanent basis in December 2004. It was after moving south to Colchester that he started to make a name for himself. While at Layer Road, Danns contributed greatly to the club's promotion to the Championship in 2006 and earned himself a move to Birmingham City.

On 19 June 2006, Danns completed a £500,000 move to Birmingham City. Despite admitting that he "had a great time" at Colchester, he emphasised that "when a club the size of Birmingham come in for you, it's hard to say no". Danns made his competitive debut for Birmingham – against Colchester – on 5 August, and was a regular selection in the team that won promotion to the Premier League that season.

Danns signed a three-and-a-half-year contract with Crystal Palace on 22 January 2008 for a fee of £600,000, rising to £850,000 conditional on the club's promotion to the Premier League. After initially having a tough time with recurring injuries at Palace, Danns managed to establish himself in the Eagles' line-up in his second season at the club.

On 27 June 2011, Danns joined Leicester City on a free transfer, signing a three-year deal. He had rejected an offer from Scottish Premier League club Rangers. Danns scored his first goal for Leicester on 23 August in a 4–2 away win against Bury in the League Cup. He scored his first league goal for the club against Blackpool in a 2–0 home win. Towards the start of the 2012–13 season, Danns was given squad number 8.

On 8 January 2013, Danns joined Huddersfield Town until the end of the season. He made his début in the 1–1 draw against his former club Birmingham City at the John Smith's Stadium on 12 January. On 16 March, he scored his first goal for the club in the West Yorkshire derby against Leeds United where Town won 2–1.

On 26 September 2013 he joined Bolton Wanderers on a three-month loan deal, linking up with Wanderers manager Dougie Freedman, who coached him at Crystal Palace, and former team-mates Matt Mills and Jermaine Beckford.

He made his first Wanderers appearance in the goalless draw against old club Blackpool at Bloomfield Road on 1 October 2013, starting in a midfield consisting of Darren Pratley, Jay Spearing, Medo Kamara and Liam Feeney. Five days later on 5 October he recorded his first goal for the club against another of his former employers, Birmingham City, as Bolton ran out 2–1 winners at St Andrew's to claim their first league victory of the season. On 3 January 2014, Danns re-joined Bolton Wanderers on loan until the end of the season.

In April, it was announced that Danns had signed a deal to make the move permanent, upon the expiry of his contract at Leicester. Danns made his third debut for Bolton in their 3–0 loss to Watford on the opening day of the season and scored twice against Bury in the League Cup first round in a 3–2 win after extra time.

At the end of the 2015-16 season, the club confirmed that he would be leaving when his contract expired at the end of June.

On 16 March 2015, Danns was called up by Guyana for friendlies against Grenada and Saint Lucia. He qualifies for the team via his grandfather. He made his debut against Grenada on 29 March, setting up both goals in a 2–0 victory.

In 2010, Danns took a video editing and production course at the London Academy of Media, Film and TV. He intended to release his first single, entitled "Survive", in March 2010. His music interests and career were featured in BBC Sport's The Football League Show on 20 February 2010, in which he revealed his father was in an act that reached the qualifying stages of the Eurovision Song Contest. 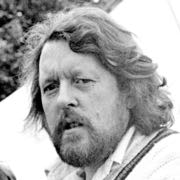 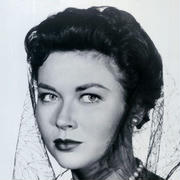