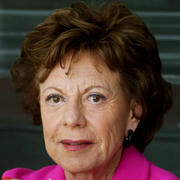 Kroes is known for her abilities as a team leader and negotiator. Kroes also has been active as an advocate and lobbyist in promoting startup companies.

Neelie Kroes was born on 19 July 1941 in Rotterdam, Netherlands. Her father owned the transport company Zwatra.

Kroes attended a Protestant grammar school in Rotterdam. She continued to a Protestant high school. In 1958 she went to study economics at the Erasmus University in Rotterdam. In 1961, Kroes was praeses of the R.V.S.V. (the largest Rotterdam sorority). She was also elected as a member of the University Council. After obtaining a Bachelor of Economics and later a Master of Economics degree in 1965, she became a research fellow at the economic faculty at that university. During this period Kroes was involved in the women's organisation within the VVD. In this period she also was member of the board of heavy transporting company "ZwaTra", the company of her father. State Secretary for Transport and Water Management Neelie Kroes during a debate in the House of Representatives on 21 March 1979.

Minister of Transport and Water Management Neelie Kroes during a debate in the House of Representatives on 25 January 1983.

Minister of Transport and Water Management Neelie Kroes and Prime Minister Ruud Lubbers during a debate on 20 May 1987. Neelie Kroes was first elected member of the Rotterdam city council for the VVD in 1970.

In 1971 she was elected to the House of Representatives, forcing her to stop her fellowship. In parliament, she became spokesperson for education. She remained a member of parliament until 1977, when she became State Secretary for Transport, Public Works and Water Management in the First Van Agt Cabinet, responsible for Postal and Telephone Services and Transport. In 1981 she briefly returned to the House of Representatives, while her party, VVD, was in the opposition. In 1982 she returned to office in the First and Second Lubbers Cabinets, now as the Minister of Transport, Public Works and Water Management, a post that she held until 1989. As a minister she was responsible for the privatisation of the Postgiro (Postbank, initially a part of the PTT), the Post and Telephone Services, the Harbour Pilotage services, as well as the commissioning of the Betuwe Railway.

Kroes refused to become Minister of Defence in 1988.

During her tenure as minister, she was involved in the so-called TCR affair, about the illegal sale of warships. She had also a business relationship with a tank cleaning company (TCR), which illegally received governmental subsidies.

After her time as minister Kroes became a member of the Rotterdam Chamber of Commerce, furthermore she served as a board member for Ballast Nedam (shipping), ABP-PGGM Capital Holdings N.V. (a joint subsidiary of the pension funds ABP and PGGM), NIB (an investment bank), McDonald's Netherlands, Nedlloyd, and Nederlandse Spoorwegen (the Dutch railroad company).

In 1991 she became chairperson of Nyenrode University, a private business school. During this period Kroes also was a member of the Advisory Board of the Prof.Mr. B.M. Teldersstichting, the scientific bureau of VVD.

According to her husband, Bram Peper, from 1993 to 2001 Kroes relied on astrologers and clairvoyants for personal and business advice. Until 2004 Kroes maintained an office in the castle of Jan-Dirk Paarlberg, a real estate mogul who was convicted to four and a half years in prison for money-laundering and extortion. One of the astrologers advising Kroes during that time was Lenie Drent, who had been providing business advice to Paarlberg for decades.

Kroes has held and still holds many side offices, mainly in cultural and social organisations. She is chairperson of Poets of all Nations, the Delta Psychiatric Hospital and of the board of the Rembrandt House Museum. Also, she was a member of several boards of commissioners, for instance at Nedlloyd (a shipping company) and Lucent Technologies (an information and communication technologies company).

In 2004 Neelie Kroes was appointed the European Commissioner for Competition. Her nomination was heavily criticised because of her ties to big business and alleged involvement in shady arms deals. Kroes has tried to uphold her integrity; whenever she has to deal with issues concerning competition in branches of industry in which she used to be active as a board member, Commissioner McCreevy takes over her responsibilities.

As chairperson of Nyenrode Business University, Kroes awarded an honorary doctorate to Microsoft founder Bill Gates in 1996. As a European Commissioner for Competition one of her first tasks in 2004 was to oversee the sanctions against Microsoft by the European Commission, known as the European Union Microsoft competition case. This case resulted in the requirement to release documents to aid commercial interoperability and included a €497 million fine for Microsoft.

Kroes attended conferences organized by the Bilderberg Group every year between 2005 and 2012. Neelie Kroes made the Forbes' The World's 100 Most Powerful Women list multiple times: as number 53 in 2009, 47 in 2008, 59 in 2007. In 2009 she was transferred to another European Commissioner post, namely ICT and Telecom. She was also appointed as one of the vice-presidents of the European Commission.

She was in attendance at the Bilderberg conference in Sitges in Spain from 3 to 6 June 2010.

Since 2010 she has served as a Commissioner for the Broadband Commission for Digital Development which leverages broadband technologies as a key enabler for social and economic development.

In 2010 it was suggested that she would become prime-minister in the Netherlands, when Mark Rutte would stay in parliament due to difficulties in the formations in the new Cabinet. However, eventually Rutte became prime-minister.

In December 2011 Kroes invited Karl-Theodor zu Guttenberg - who had resigned as German Minister of Defence in March 2011 due to plagiarism charges - as advisor to the European Commission as part of its No Disconnect Strategy designed to promote Internet freedom.

In November 2012 Kroes made international news when she said her advisers at the Internet Governance Forum in Baku, Azerbaijan had been the victims of computer hacking.

After the European Commission

Kroes is currently leading StartupDelta, a public-private initiative to help promote the Netherlands as a destination for startup companies. Since May 2015, she has been non-executive member of the Open Data Institute's board of directors.

From May 2016 onward, she will be a member of Salesforce's Board of Directors, as well as Uber's Public Policy Advisory Board.

In 2016, leaks to the International Consortium of Investigative Journalists (who also oversaw the Panama Papers and Paradise Papers leaks) revealed that from 2001 to 2009 Kroes was the director of Mint Holdings, a company registered in the Bahamas. As part of the EU rules, a commissioner is obliged to declare previous and current economic interests, but she did not declare her directorship of the Bahamas company. Further, EU commissioners are not allowed to hold outside directorships while in office (Kroes was in office 2004–2014). According to her lawyer, Kroes acknowledged the situation, calling it an "oversight", and declared that she would take full responsibility. 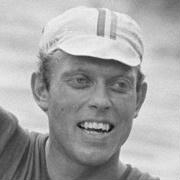