Neale Francis Daniher AM (born 15 February 1961) is a former Australian rules footballer who played with the Essendon Football Club in the Australian Football League (AFL). He was the coach of the Melbourne Football Club between 1998 and 2007 and was an assistant coach for the Essendon and Fremantle Football Clubs. Neale's brothers, Terry, Anthony and Chris, also played for Essendon in the AFL. Daniher has been the general manager of football operations for the West Coast Eagles since 2008.

Neale was born the third child of James "Jim" Daniher and Edna Daniher (née Erwin) on 15 February 1961 at West Wyalong Base Hospital. Neale attended St Joseph's Catholic School, Ungarie for his primary education before going to St Patrick's College in Goulburn and later Assumption College, Kilmore, where he would finish Year 12. He would then go to the Royal Melbourne Institute of Technology University, where he learned about the emerging technology of the 1980s, such as computers.

It was during his childhood that Neale showed his love for sport, namely Australian rules football, playing in the Northern Riverina Football League (NRFL) on Saturdays while playing rugby league at school carnivals. It was during his time in the NRFL that Neale won several best & fairest awards before going to college, where he would play Australian rules football and rugby union. It was in 1978 that both the South Melbourne and Essendon Football Clubs approached Neale for his signature. After a legal battle between the two clubs, Essendon won the right to recruit Neale, as South Melbourne had signed a contract that said Essendon had this right due to South Melbourne trading Terry to Essendon in exchange for Neville Fields.

From 1979-1990 Neale played for Essendon in the VFL/AFL, playing only 82 games due to several knee injuries.

He was appointed captain in 1982 but never led the side due to injury.

He managed to make history alongside his brothers when they became the first quartet of brothers to play for the same team in a State of Origin match and in a home-and-away game. It was after the 1990 season that Neale retired.

Neale played for Werribee in the Victorian Football Association in 1991.

Retirement, coaching and beyond

After his broken career was over, Neale took up a career in coaching, with his first job coming when he became an assistant coach for the Fremantle Football Club. After his time with Fremantle was over, Neale became the senior coach of the Melbourne Football Club, where he would remain as coach for ten seasons from 1998 to 2007. It was during his tenure at Melbourne that he led the Demons to the 2000 Grand Final in his third season at Melbourne, where he faced his former team, Essendon, in a match that Melbourne lost.

In the 2004 pre-season, with Melbourne struggling for membership and requiring the competitive balance fund for survival, Daniher made a more concerted effort to be more outspoken in the media – and became known as "The Reverend" for his 'preaching' skills. This helped the club's membership and public profile (a semi-final appearance in that year's Wizard Cup also helped). After making the semi-finals of the Wizard Cup, the Demons then led the AFL ladder after 18 rounds by winning 14 out of 18 games, before a 4-game losing streak saw them miss the top 4 altogether and finish 5th, where they were knocked out of the finals in the first week by Essendon.

2005 saw the Demons enjoy a similar run near the top of the ladder, but another late-season fade-out saw them temporarily lose their spot in the eight, before reclaiming their position with close wins over the Western Bulldogs and Geelong. They were comprehensively beaten by Geelong in the elimination final, which saw a second consecutive first week exit for the club. The Demons improved in 2006, making the semi-finals after losing the first 3 games of the season, then coming back but fading in the last 7 games.

On 27 June 2007, he announced that he would resign at the end of the 2007 season after the Demons started the year with nine straight defeats. They won their next two matches, but a poor showing in a 49-point loss against cellar dwellers, Richmond in Round 12 2007, put pressure on Daniher's coaching tenure.

On 29 June 2007, he officially announced that Round 13 clash against Essendon will be his last game as Melbourne Demons coach. They lost the match by 2 points. The team was coached by Mark Riley (assistant coach) until the end of the season.

After leaving coaching he became the general manager of the West Coast Eagles in the 2008 season; in September 2013 he stood down from his role due to health reasons but kept the condition private until August 2014.

Daniher received a Member of the Order of Australia award on the Queen's birthday in 2016 for his efforts in raising awareness of MND and raising funds to help find a cure for the disease.

In August 2014 it was revealed that he is battling motor neurone disease, which is currently incurable. He has dedicated the remainder of his life to educating Australians about the disease. 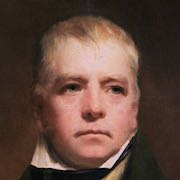