Nayyar Kamal is a Pakistani television actress. She was the first actress who appeared in PTV first television play Aik Khaat on 28 November 1964.

She appeared in a number of plays and dramas in the late 1990s from earlier in 1970s and also appeared in one only one film in her whole career:

The contents of this page are sourced from Wikipedia article on 01 Jul 2020. The contents are available under the CC BY-SA 4.0 license.
comments so far.
Comments
Reference sources
References
http://www.paklinks.com/gs/showbiz-pakistan/275372-pakistan-television-corporation-some-first-ones.html
Trending today
All Film/TV Music Politics Sports Business Science Academia 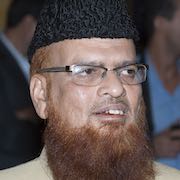